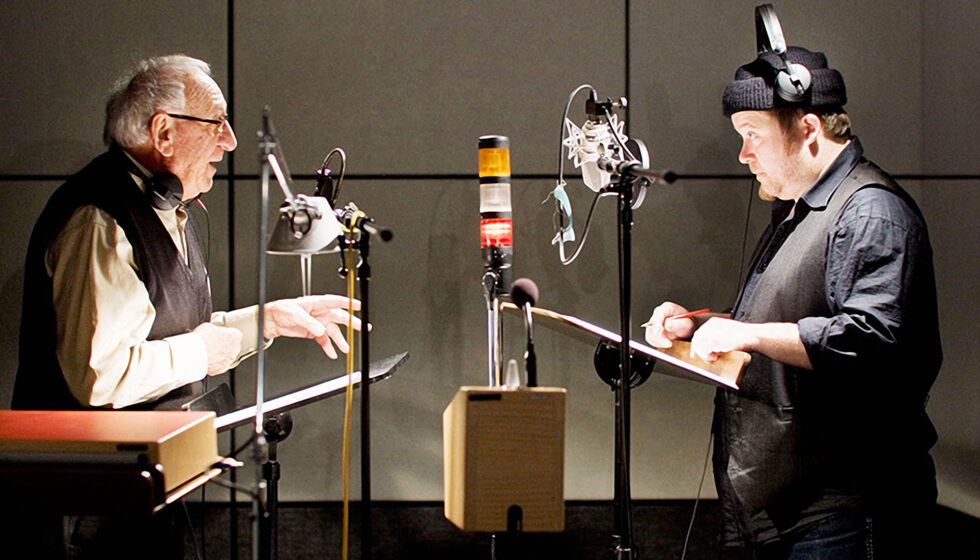 the voice in the closet

by Raymond Federman
with Martin Engler

Raymond Federman is one of the most influential representatives of the international literary avant-garde. The French-American writer and literary scholar of Jewish descent was born in Paris in 1928. He dates his “real” birth however to July 16, 1942, the day on which more than 13,000 people were arrested in Paris and deported to death camps by the Nazis. Raymond’s parents and both sisters were killed in Auschwitz. He himself survived because his mother hid him in a closet.

As an adult, “Federman,” at once the novelist himself and a literary character, wonders what it means to re-tell this experience, if it can be re-told, or if the reduction of one’s story or life to a single moment isn’t the greatest of all horrors. Oscillating between the experience and the memory of it, he re-lives his trauma again and again.

Martin Engler has put parts of the English and French original versions of the text and their German translations together and created his own “textual-musical score.” Emma Lily Karier complements the performance with multiphonics and sound scraps – it’s like cracking the closet door open.

Shine on you crazy Raymond!

In cooperation with the monodrama festival FUNDAMENTAL, Luxemburg and with the association Mahnmal Kilian e.V.
www.mahnmalkilian.de