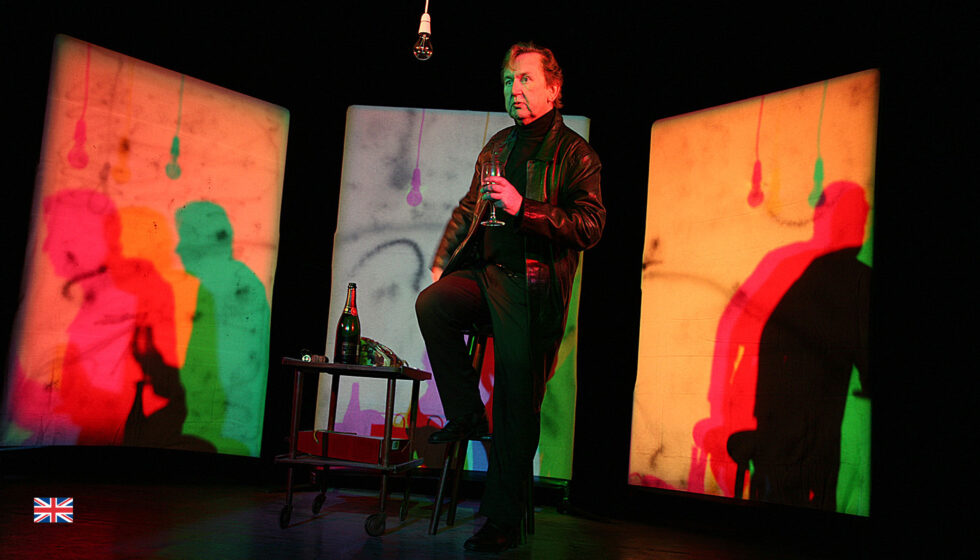 by Pip Utton
and Jeremy Towler

Pip Utton is back! The long-time THESPIS guest and friend returns with his unforgettable monodrama BACON, with which he delighted the Kiel audience once before (2006).

Francis Bacon, that extravagant painter who claimed that he was as much at home in the gutter as at the Ritz, described by critics as the greatest British painter since Turner and by Margaret Thatcher as ”that dreadful man who paints those horrible pictures”, remains one of the most challenging and controversial artists of all time. He could spend his mornings painting, his afternoons and evenings drinking champagne and eating, and his nights roaming around Soho. His lifestyle full of alcohol, gambling and homosexual promiscuity has created an iconic enigma. His paintings have the power to horrify, excite, disgust, revolt and haunt. It is impossible not to react to his work.
”Life is just a game”, Bacon said, “played out for no reason, so there is no need one shouldn’t try to achieve everything one wants. (…) The creative process is a cocktail of instinct, skill, culture and a highly creative feverishness. It’s a little like making love, the physical act of love. (…) The result is often disappointing but the process is highly exciting.”