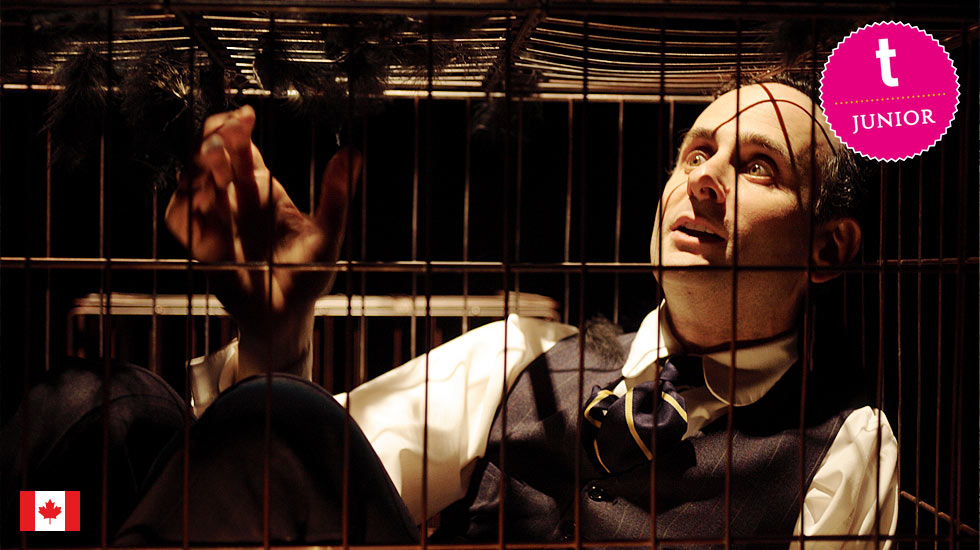 Junior-Event | Recommended for audiences 16 years and over

Four years before his early death at the age of 41, Franz Kafka wrote a 50-page letter to his father. This letter, a mixture of home truths and self-analysis, provides a thrilling insight into the mind of this most idiosyncratic of great Jewish writers. And if ever there were a way into the nightmare world that we call Kafkaesque, this is it. He may have become a world famous writer after his death, but at age 36 he was still living at home, acutely aware of failure both professionally and in his private life and totally dominated by his overbearing father Hermann. And Kafka confesses in the letter “All my writing was about you.” Adapted from this monumental (and undelivered) letter, “Kafka and Son” is a blistering, often hilarious, examination of domestic authority, and a journey ”into the heart and the mind of the inventor of the modern psyche”. The language Kafka puts into his father’s mouth, using words like “vermin”, is reminiscent of the horrified reaction of Gregor Samsa’s father when he finds him transformed into a giant insect in “Metamorphosis”. And it is also a chilling precursor to the language of anti-Semitism, which makes Kafka’s work seem so prophetic.

Alon Nashman is an award-winning actor, director, producer and creator of theatre.

“Kafka and Son” had its premiere in 2000 at the Ashkenaz Festival in Canada. Since then it has toured to acclaim in North America and Europe.

A Theaturtle / Threshold production. Supported by Canada Council for the Arts.
Kanada Canada