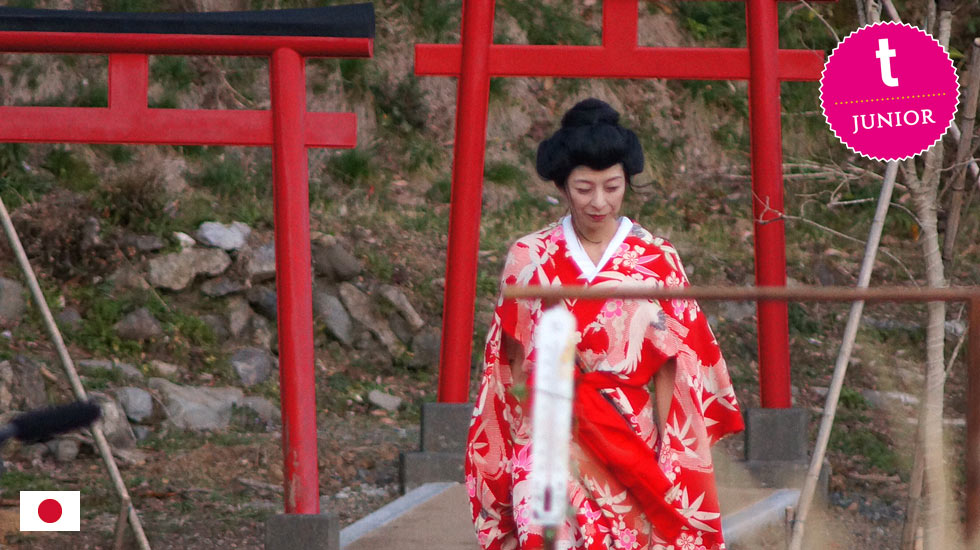 Junior-Event | Recommended for audiences 12 years and over

Written and performed by HOTAKA HAGIWARA

Hotaka Hagiwara, the performance artist from Japan comes to THESPIS already for the second time. She has been addicted to theatre since her early childhood, and studied drama, traditional Japanese dance and swordplay. From 1994 until 2007, Hotaka performed with the renowned theatre company Kuna’uka, presenting the Japanese theatre traditions of Nō, Rakugo and Bunraku (puppet theatre) in a contemporary way.

In 2005, Hotaka Hagiwara was part of a group of actors, musicians and dancers who formed Mari Mari: “ the delivery theatre”. With “Mari Mari”, she performed in welfare facilities and schools in Japan, and in different venues abroad – in France, England, Germany, Brazil or Mexico.

“Trust me!” is, like all Hotaka Hagiwara’s shows, full of fantasy and ideas. She presents the audience with several Japanese folk tales, like “The Plumage” – a legend about an angel who lost his feathers, “The Nightingale” – a tale about an emperor and a bird with a beautiful voice, or a story about a boy who hits the road to find something to eat for his hungry mother. But there are also well-known stories, like “Snow White”.

A Mari Mari production. Supported by the EU-Japan Fest.
Japan