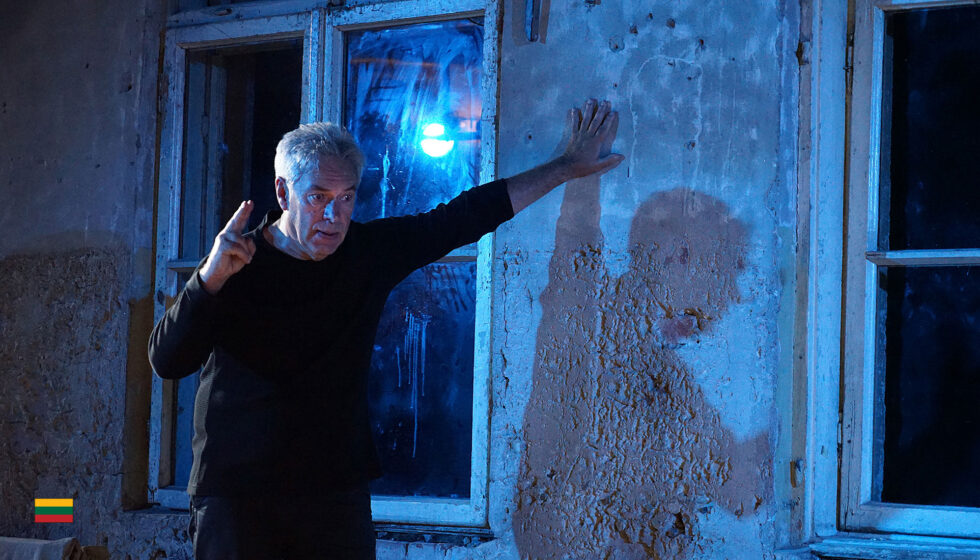 MY FATHER tells the unique life story of Aleksandras Rubinovas’ father, Stanislovas Rubinovas (1930-2013). In July 1941, his own father was executed by firing squad in Paneriai. He and his mother disobeyed orders to move to the ghetto and hid instead in the forests of western Belarus until 1944. They dug a deep hole in the ground and lived in it, constantly tormented by hunger and cold, death always close by … In MY FATHER, premiered in 2019, Rubinovas tells a miraculous story of survival.

Aleksandras Rubinovas, actor trained at the Moscow Theater Institute, has worked as actor and/or director in countless plays at the Kaunas Chamber Theater since 1980, including several one-person pieces. In 2016, he was at THESPIS with KOBA / STALIN.

With an introduction by Dr. Thomas Milkowski, Poland (in English)