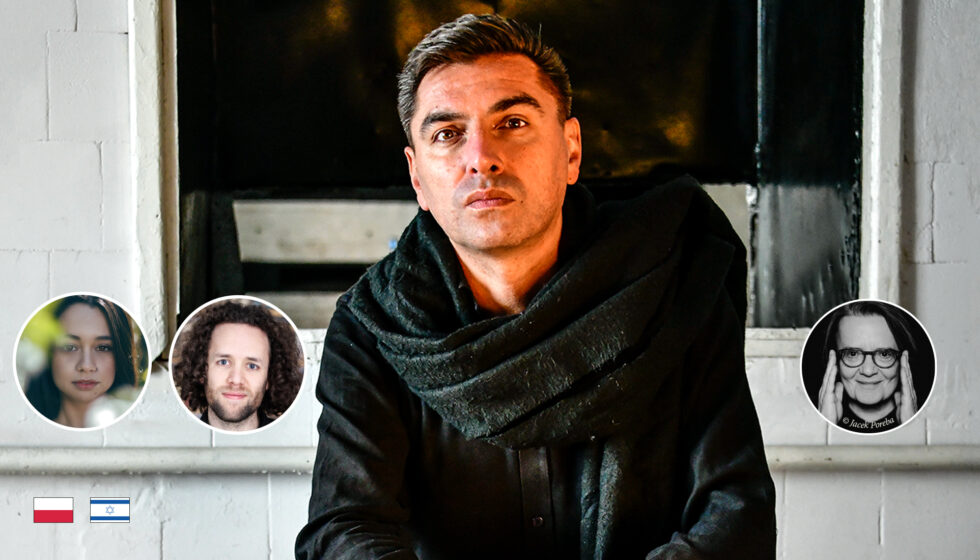 with Remigiusz Grzela and Agnieszka Holland

Irena Gelblum, later Conti Di Mauro, a Polish Jewish woman and soldier in the Jewish Fighting Organization, whose heroism during the Warsaw Ghetto Uprising earned her the Allies’ admiration and respect, led an extraordinary life. Born 1923 into a wealthy Jewish family, Irena was deported to the Warsaw Ghetto at the age of 18. She managed to escape and fought in The Underground. Her family was most probably killed in Sobibor. After the war she first went to Palestine and later to Italy, where she changed her name to Irena Conti. After her return to Poland in 1948, she constantly changed her identity, nationality, status, friends. Her first husband was a Polish Jew with whom she had a daughter. In 1968, following the anti-Jewish purge in Poland, she left for Italy, where she again married. Irena Conti died 2009 in a Warsaw hospital. The people who took care of her were those she knew from the ghetto or their relatives.
Journalist and writer Remigiusz Grzela spent five years researching the mysterious life of this fascinating personality and published a book about her in 2014.

Mayan Goldenfeld accompanied by Guy Woodcock on guitar will sing following songs: “Cor mio, deh, non languire” (“My heart, don’t languish”) by the Jewish-Italian baroque composer Salomone Rossi, Maurice Ravel’s version of the Kaddish prayer, arranged for classical guitar and voice, and “Ballatta dall’esillo” (“ Ballad from Exile ”) by the Jewish-Italian composer Castelnuovo-Tadesco. With support by the embassy of the State of Israel in Berlin.

Admission is free. Prior registration is required: festival@thespis.de