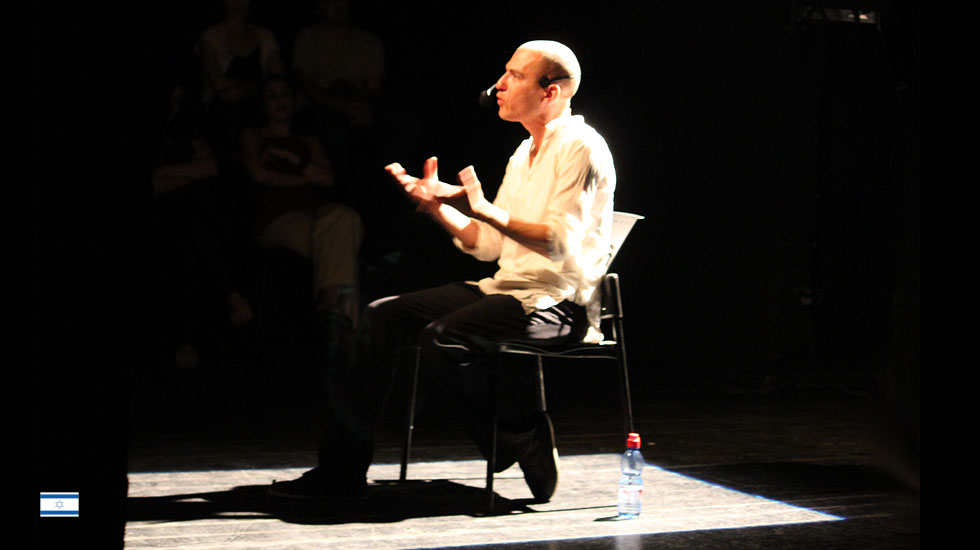 Aithan Harrari has a rather extraordinary profession – he creates Israeli folk dances. One day he is invited by a well-known dance teacher to create an innovative folk dance for his class. This is finally a chance for Aithan to gain dance industry stardom.

The audience at this highly original Israeli drama find themselves attending the class taught by Aithan Harrari. In the class, he reveals the sources of his inspiration – the experiences he went through as a young conscript in the Israeli Defence Forces. As the play develops, a tale of one man’s struggle in modern Israeli society unfolds.

SHALL WE DANCE? was born out of snippets of information gathered from young Israeli soldiers. The play premiered at the “Center Stage” festival 2010 in Jerusalem. Since then, it has been shown in England, Germany, Poland and in the U.S., participated in international festivals and won several major awards.

From the judges’ citation (Best Performer 2010):

THESPIS goes Berlin: To celebrate the 10th anniversary of THESPIS, SHALL WE DANCE? will be performed on November 16 in the Schleswig-Holstein State Representation to the Federal Government in Berlin.

Supported by the Israeli Embassy in Berlin.