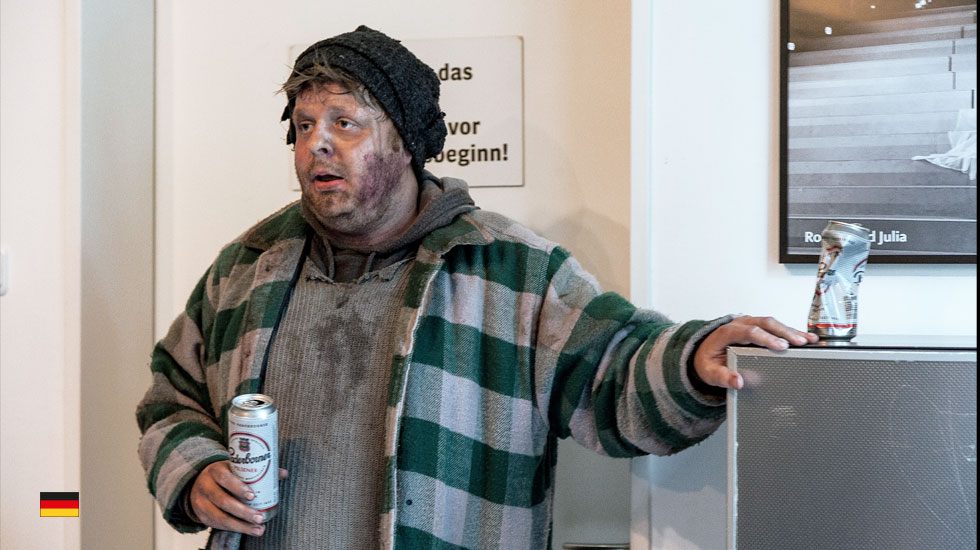 Danny sleeps rough on the steps of St Paul’s Cathedral. He has done so for years. One morning he wakes to see a canvas city being erected in front of him and finds himself swept up in the last occupation of London. The activists keep busy, discuss, plan and develop a new alternative social order. Danny is in the middle of all that, and it seems to him that he has just found a new home, friends, and his life starts to make sense. All goes relatively well until a sudden outburst of violence puts the peaceful coexistence in the small society to the test, and Danny is again thrown back on himself.

PROTEST SONG, which had its premiere in 2013, is inspired by real events and Danny’s funny and savage monologue explores the reality of the Occupy movement.

“…It is an intelligent look at the Occupy movement from its fringe. The monologue highlights the contradictions inherent in the movement related to idealism and realism. And how difficult it is to position oneself in the place of the other.”
José Ramón Prado

Marius Borghoff has been an ensemble member of Kiel Schauspielhaus since 2011.