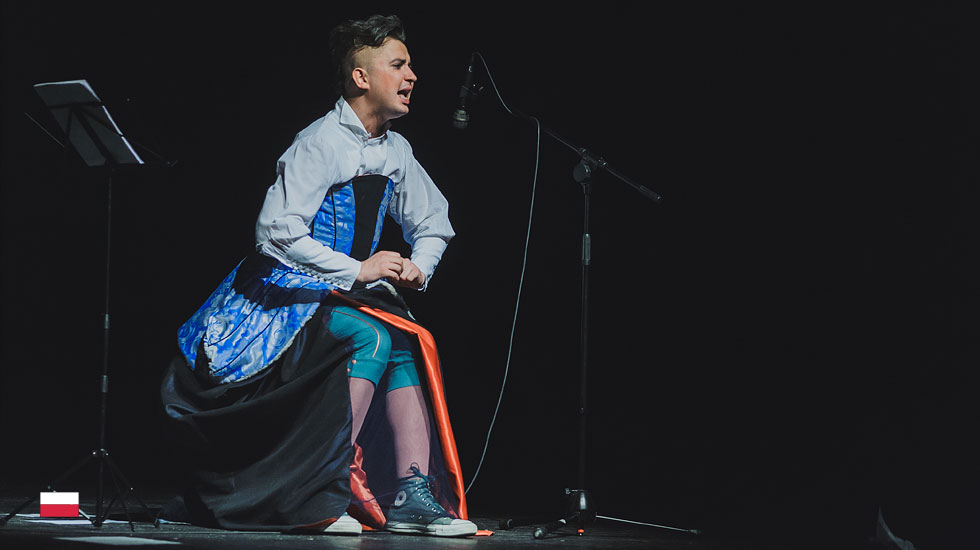 from the front and from behind

FROM THE FRONT AND FROM BEHIND focuses on the 18th century Poland just before it finally loses its sovereignty after the 3rd partition. In his satirical novel, originally intended as a PhD thesis, Karol Zbyszewski ridicules politicians from opposing camps, the clergy, the army, the gentry, actually all social classes. He spares neither the king nor Julian Ursyn Niemcewicz (poet, playwright and statesman; central figure of Polish 18th century cultural life with considerable moral influence, a leading advocate for the Constitution of 3 May 1791, and the author of the popular political comedy THE RETURN OF THE DEPUTY). Zbyszewski ridicules heavy drinking, laziness, recklessness, love of empty slogans and gestures, false religiousness, political and domestic vexations and other vice, making the whole Polish society responsible for the partitions of Poland.

The stage adaptation of Zbyszewski’s novel makes use of a gallery of fools lead by the biggest of them – the King.

The monodrama was produced thanks to the Scholarship of the Mayor of the City of Lublin. It was presented at several national festivals and received almost a dozen theater awards.