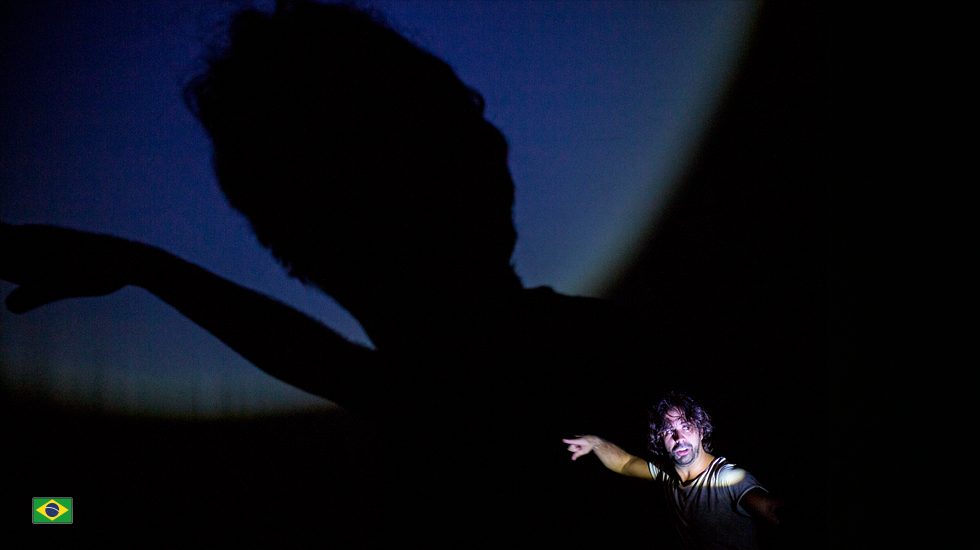 A pianist lands in jail. Robbed of his freedom, and without his beloved instrument, he tries to persuade the prison authorities to put a piano in his cell – he wants to teach music to his inmates. However, that unusual behavior seems suspicious to the inmates and they see an informer in him. When the rumor of a prison revolt comes up, the pianist is isolated and put to the security wing. Should there be a revolt, his life will be in danger, as the isolated ones are then taken hostage. The countdown has started…

The theater concept of Vinicius Piedade is based on a mixture of classical theater forms, street theater, dance and pantomime; he chooses unusual venues and encourages the audience to participate in creating the show. Piedade is author, director, choreographer and solo actor in one person:

„Author, director, actor. That’s me. I do it. Not because I really like it. What I like is a nice, big vanilla ice cream. Or to play football. Or to stroll through a city (doesn’t matter which one). But when I wake up in the morning and stare at the cracked ceiling, I say to myself: today you will deal with it again … because you have to … and because it is the only thing that you can do … I believe in theater as a humanizing force and I want to communicate it to the audience.“