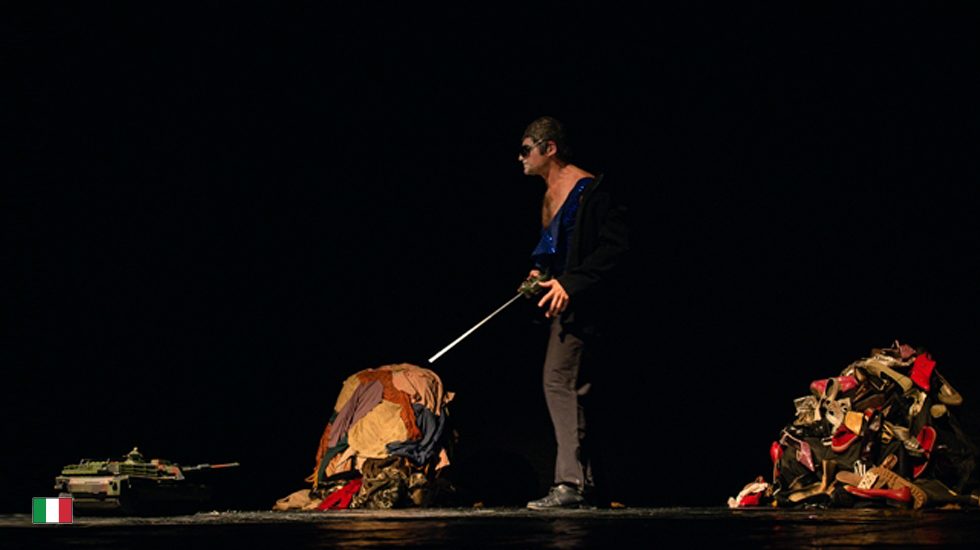 Matei Vișniec is a Romanian-born playwright, novelist and poet based in Paris, one of the most trenchant voices in Europe, condemning the atrocities of totalitarianism as well as the excesses of consumer culture. In his native Romania Vișniec has achieved quasi-canonical status since the fall of communism, his work having been banned for political reasons prior to 1989. His „ Decomposed Theatre“ mirrors the degraded human condition of mental, physical and social decomposition.
The dustbin man symbolizes society, which doesn’t care for the natural qualities of the human being, but only for individual’s potential ability to consume. Consumer society is an ideal object for humiliation and mental and physical tortures in political regimes of all times.

ILLUSIONIST consists of episodes that capture our problems of identity, loneliness, solitude and alienation. It’s peopled by a gallery of strange animal-like characters, isolated from the world surrounding them, locked into their own body carcasses.