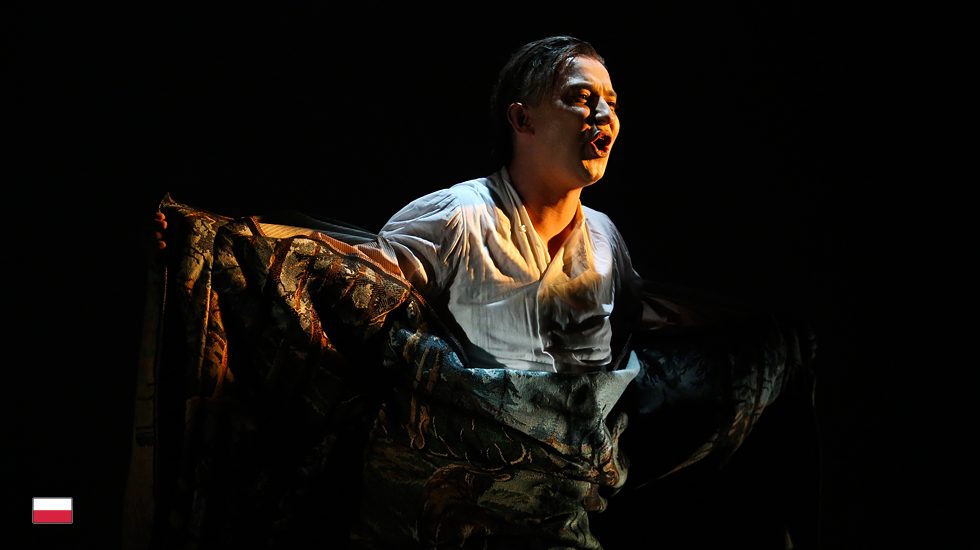 During the occupation of Poland by Nazi Germany, the Polish Home Army (Armia Krajowa), with a force of over 350,000 soldiers, was considered the largest resistance group in Europe. After the invasion of the Red Army, its members, who opposed the pro-Soviet regime, were brutally persecuted for years and murdered by the thousands.

In his impressive monodrama SACRIFICE (ŻERTWA), Mateusz Nowak approaches a subject that is still taboo in his home country: from the perspective of a jailed member of the anti-Communist Home Army, he poses the inconvenient question of how Poland could harass its own compatriots and erstwhile protectors: „It is Poles who did that to Poles. Nobody else but Poles. Not Martians. Poles. Always Poles.“

The theater-maker and linguist Mateusz Nowak has received over twenty international prizes for his three monodramas to date. In Poland, he was awarded the Bronze Cross of Merit.