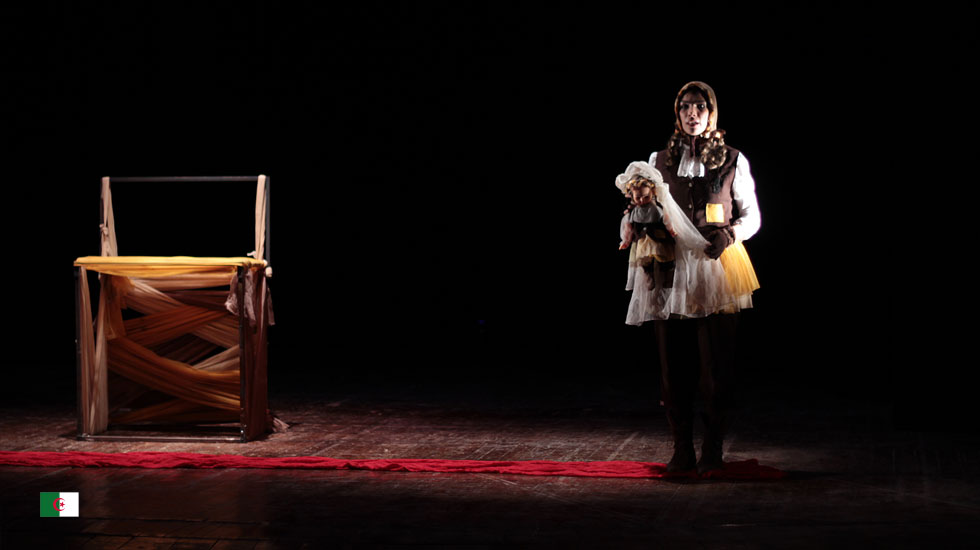 We witness at least three phases of time in the life of Mira, a street performer who makes puppets out of straws and canvas. The show begins with the arrival of a letter from Mira’s lover warning her of the horrors of terrorism and fascism. We follow Mira as she works, laughs, aspires, and falls in love – she enjoys her work and her life is simple and quiet. But then, all of a sudden, everything changes and she finds herself tortured randomly, a casualty of the very terrors the letter foretold.

Mira poignantly performs her own interrogation – it is an act of violence with the reverberating impact. Her spirit is broken, but she does not seek revenge.

The script can be seen as a warning that it is always the simple, decent person who falls victim to political games.