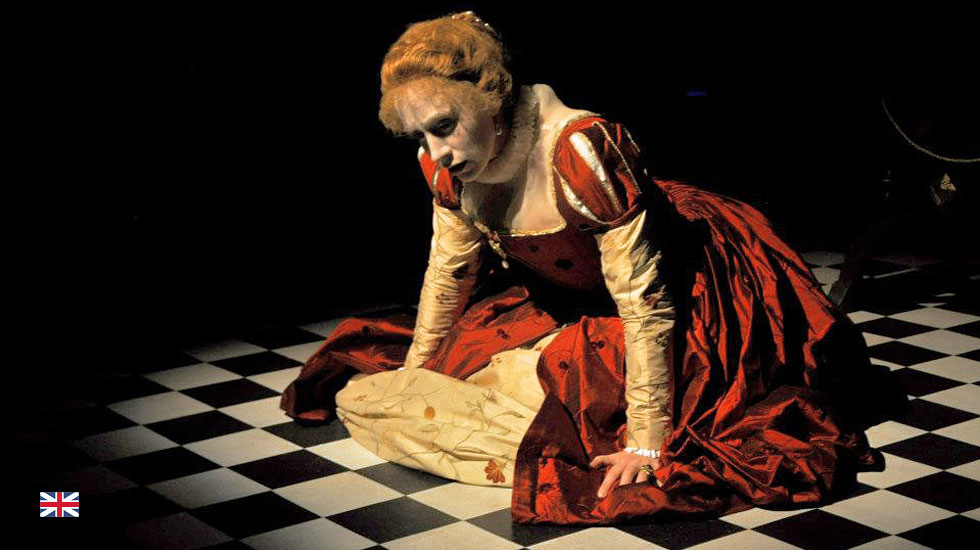 Written and performed by REBECCA VAUGHAN

1568: At a vital crossroads in history a young Queen steps from the shadows to unburden herself of her many troubles and reveal her innermost thoughts on marriage, succession, religion, war and the challenges to her throne. Defying the establishment by choosing to lead her country alone, she forsakes her own dreams and desires in order to steer England towards national and spiritual security.

Queen at 25, political phoenix and famously unmarried, Elizabeth I was the most educated woman of her Age – but who was the woman beneath the crown? Traitor, bastard, heretic or prisoner: call her what you like. The rest is history.

Using only Elizabeth’s own letters, speeches and writings, solo performer Rebecca Vaughan continues her successful collaboration with director Guy Masterson, exploring the Queen’s struggle to reconcile the desires of womanhood with the duties of sovereignty.

„This truly remarkable performance is a must-see for anyone who loves history, appreciates an incredible production in terms of acting, writing, costuming, staging, directing and producing, or just anyone who wants an engaging night at the theatre. It is an absolute masterclass, and I can’t recommend this highly enough.“     Fringe Review