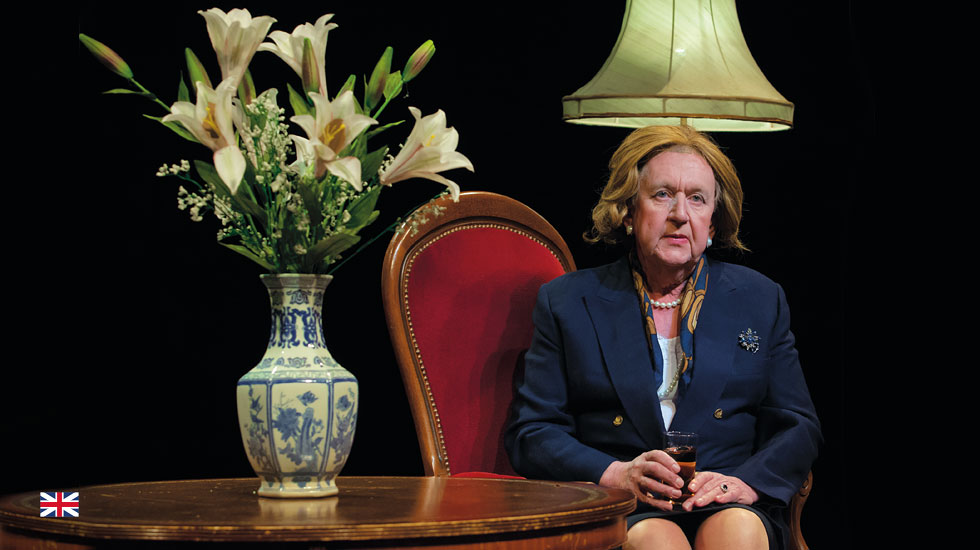 What would be a Thespis anniversary without our best friends?

It is already for the fifth time that Pip Utton, a Fringe legend, known throughout the world for his spellbinding portrayals of Adolf Hitler, Winston Churchill, Casanova, Charlie Chaplin and many others, visits Kiel. “Maggie” is probably Pip’s greatest challenge yet. Pip not only becomes Margaret Thatcher but risks taking audience questions, and answering them as Maggie!

Is she a saviour or a witch? Love her or hate her? Not for Pip to decide, only to portray – Pip Utton IS The ‘Iron Lady’. She divided the nation like no other politician, and changed the face of British, perhaps world politics forever – the effects of her influence and policies are still felt today. Listen to her philosophies, her inspiration and her logic, and then take the chance to question her.

„With a boldness that would surely have impressed his subject, Utton improvised responses on topics as diverse as the Poll Tax, the miners’ strike, the Eurozone, even the Labour Party now. Some of the rejoinders were knowingly evasive, some surprisingly well-researched, some entertainingly droll. “How much did Denis influence your success?” “I would think hardly at all,” came the reply“     The Telegraph

This show is not part of the festival competition