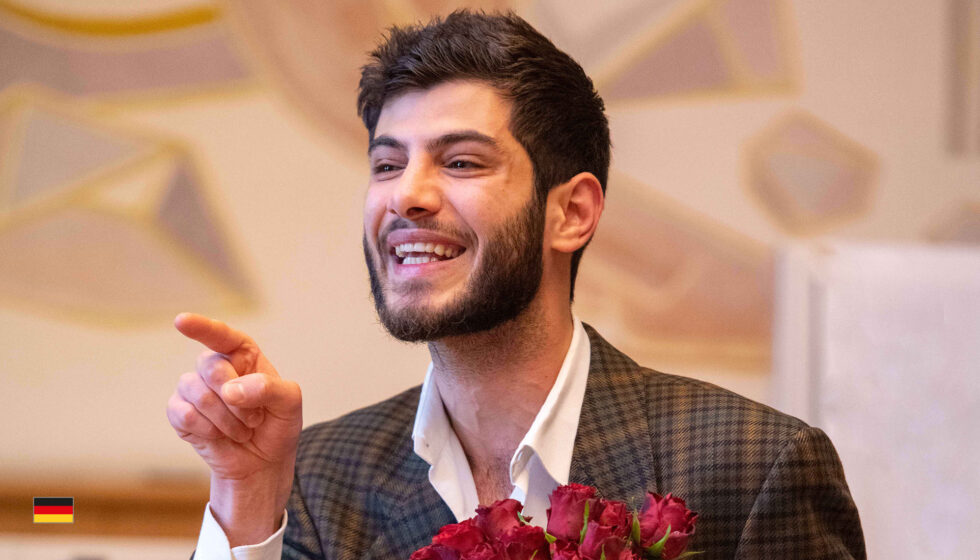 by Robert Schneider
with Raafat Daboul

Sad, as he calls himself, sells roses. Every night the young man sets out and runs from pub to pub with a bouquet of red roses. He left his hometown Basra in Iraq because of the war. “I wanted to learn German, not war!” He can speak his beloved German now, but he’s illegal and an Arab, so nobody talks to him. Sad tells of his life as a stranger in such a way that, paradoxically, the rejection that hits him becomes his own.

Raafat Daboul was born in Damascus in 1992. He studied acting at the Higher Institute of Dramatic Art (University of Damascus). He left Syria in 2016 and fled to Germany. Raafat worked as an acting trainee in seven plays of the Schauspiel Dortmund until summer 2018. At the same time, he took acting and speaking lessons from actors at the Dortmund Theater. Since the 2019/20 season, Raafat Daboul has been a member of the interdisciplinary project “The Young Theater” at the Theater Krefeld und Mönchengladbach. DRECK was created as part of this project.

In cooperation with the Theater Krefeld und Mönchengladbach, the Monodrama Festival FUNDAMENTAL, Luxembourg, and with the support of the Heinrich Böll Foundation, Schleswig-Holstein.