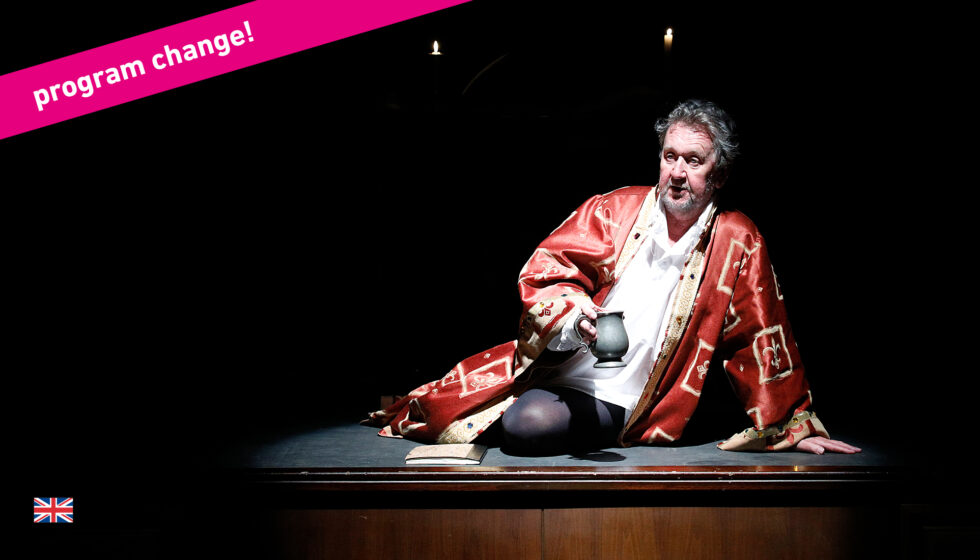 at home with will shakespeare

with Pip Utton
written by Pip Utton and William Shakespeare

Pip Utton – called once by the media „The Dean of Solo Theater” – brings another famous person to life.  In fact, little is known about Shakespeare except from where he was probably born and is probably buried. Even the famous portrait, statue and engraving might be of someone else entirely.

Pip’s Shakespeare is longer merely the probable writer of wonderful plays and poetry but also a real man who loves, laughs, drinks, sings, dances and cries, and in between has to write some words to make a living.  He lives a double life – as a family man and landowner in Stratford on Avon, and as the great playwright in London. His wife, his loves, his children are all in.  It’s William Shakespeare,  his life and his ‘greatest hits’, all performed by Will himself.

Pip is internationally respected as one of the world’s finest solo performers. His Adolf, Bacon, Churchill, Chaplin, Playing Maggie, Dickens garner rave reviews and awards around the world.

Tickets purchased for PICTURES OF YOUR GREAT LOVE remain valid for AT HOME WITH WILL SHAKESPEARE or can be returned.