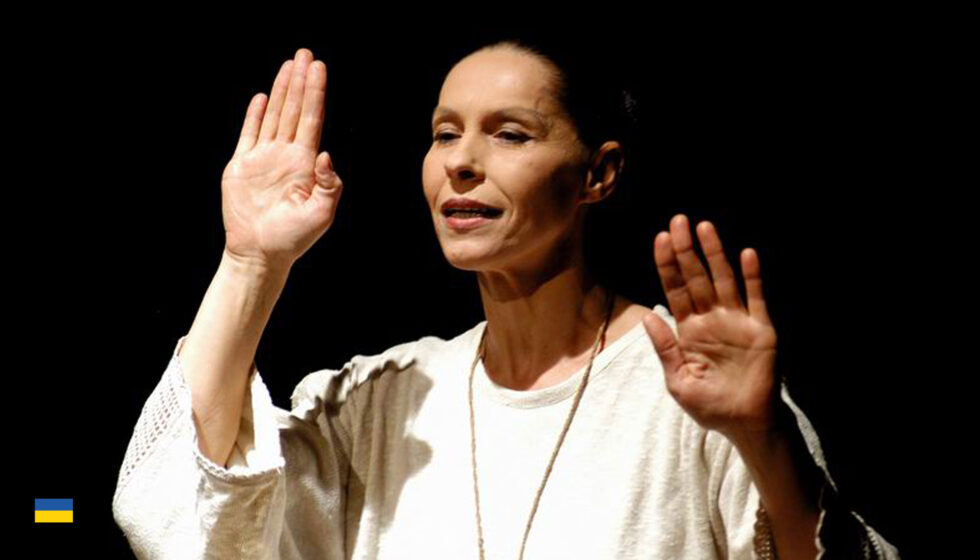 the white butterflies, the braided chains

Lidiya Danylchuk’s extraordinary performance has no concrete plot. Rather, it is a theatrical reflection on love and suffering, sin and redemption, hopelessness and hope.

The problems of human existence are traversed by an organic combination of word, body, song (Ukrainian ritual songs of Carpathian region) and rhythm. At the same time, the piece examines old rituals, attempting to integrate them into modern theatrical culture.

The play premiered in 1997. Lidiya Danylchuk (at THESPIS for the third time), graduated from the Kiev Theater Institute in 1978 and worked as an actress in the Odessa Drama Theater and the Les Kurbas Theater in Lviv, before she and director Iryna Volytska founded the experimental “Theater in a Basket”.