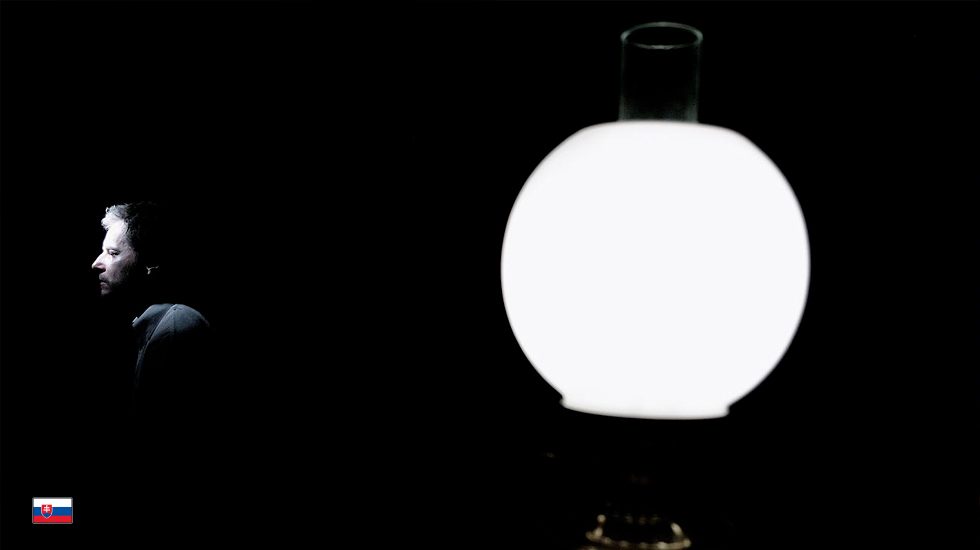 solo. a piece of monologue

A PIECE OF MONOLOGUE written by Beckett between October 1977 and April 1979 followed a request for a “play about death” by the actor David Warrilow who starred in the premiere in the Annex at La MaMa Experimental Theatre Club, New York on 14 December 1979

Called “a performance poem in the shape of a play”, this 40 minutes monologue is the essence of Beckett’s style – written in a language in which the emptiness of conventional speech is charged with new emotion. It is an elegy to the brevity of life and the proximity of death, a cry from the edge of existence. It is theatre reduced to its most essential elements: the body in space, the breath, the word, light and darkness, the inescapable transience of life. Its aesthetics brings the meditative rhythms of visual art into performance.

Peter Čižmár is actor, co-founder and spiritus movens of Divadlo Kontra and winner of many awards in Slovakia and abroad. He presented SOLO already at several international festivals.