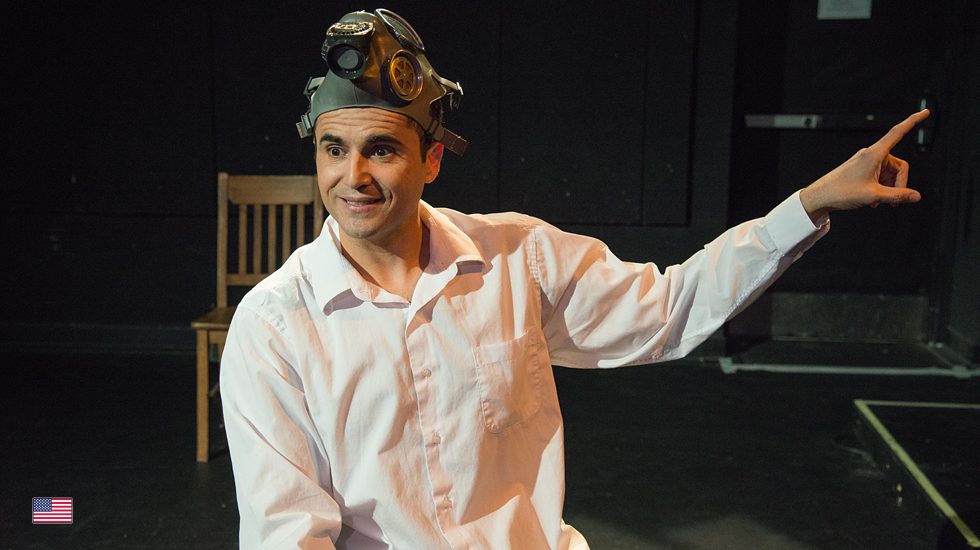 IN BETWEEN is a semi-autobiographical one-man show that portrays the complexities and contradictions inherent in Palestinian-Israeli identity. Ibrahim Miari seems to stand on the precipice between two cultures. He recalls his childhood in Acre, memories of his Jewish and Palestinian grandmothers, of war, and of the struggle to shape and understand his own multi-faceted identity. Questions surrounding his identity become even further complicated by his imminent marriage to a Jewish American woman.

“Both sides are equally misunderstood”, Miari says. He has learned to just “try to listen and understand,” because what’s really needed are efforts not to defend, but to educate.