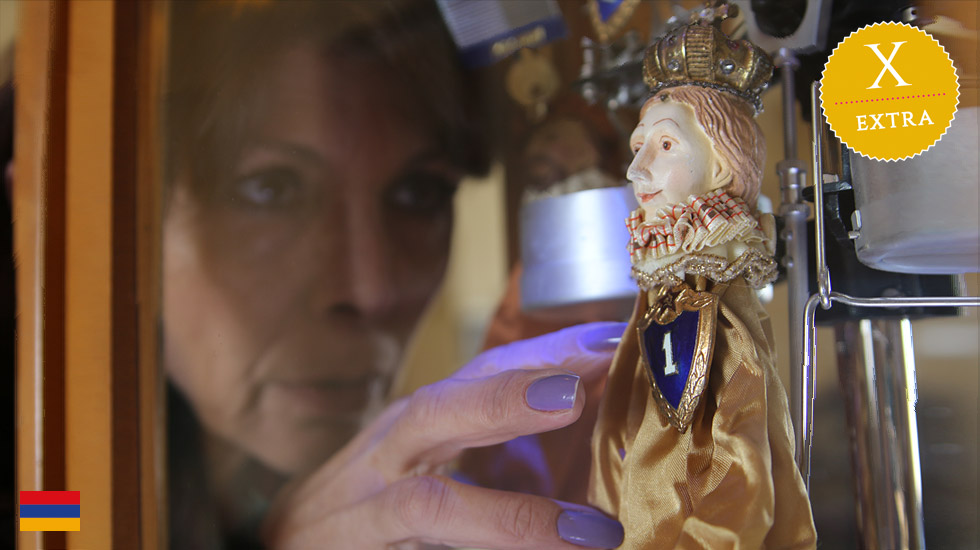 By FRIEDRICH SCHILLER with NORA BADALYAN

“Maria Stuart” is an interactive performance based on text and language. The sound and the light, the scattered movements and the voice, together with various languages used during the show aim at creating an emotional relationship between the audience and the protagonist of the show.

Nora Badalyan graduated from the Institute of Theatre and Fine Arts in Yerevan.She worked as an actress at the National TV Theatre and the Experimental Theatre Pit in Yerevan. Stepan Veranyan is a renowned installation artist. Badalyan’s and Veranyan’s exceptional multi-media productions were presented internationally at such venues as the Biennale in Venice, Anixis Gallery in Baden, Azad Gallery in Teheran, Armenian Film Festival in New York, and Pushkin Museum in Moscow.