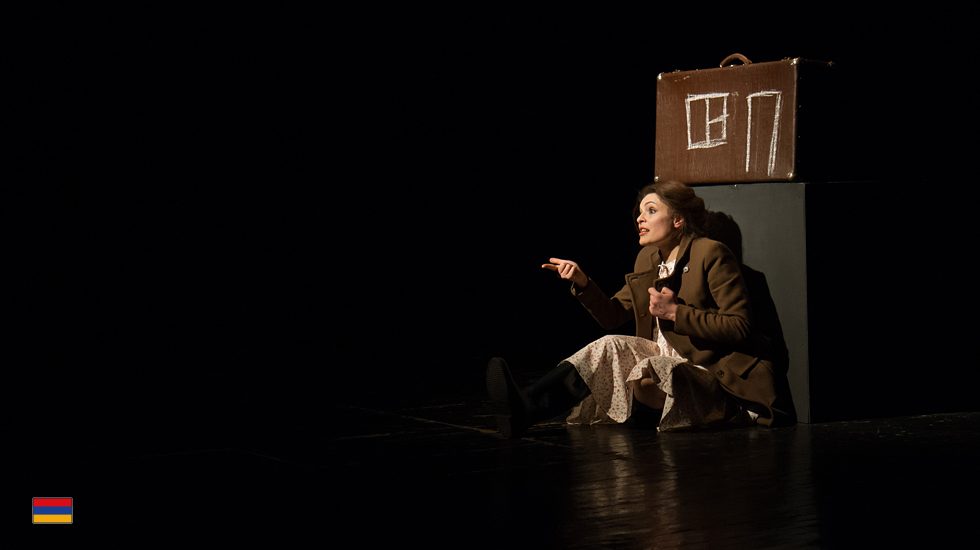 my familiy in my suitcase

It’s war in Nagorno-Karabakh in 1992. A family with three children gets a chance to rescue one family member. The choice falls on the little Narinka. However, it is impossible to get a free place in a helicopter to Armenia. There are always too many injured, disabled, elderly people and children, and the aircrafts are full.

Narinka’s grandfather takes her to the airfield every day, but it’s always the same – no seat available. While her grandfather attempts to negotiate a place for her, Narinka waits in the car – alone with her fears, memories and dreams. The past makes her happy, the future worries her, and the present is like a bad fairy tale. The protagonist of this fairy tale is her father, who was deported to an Azerbaijani jail.

MY FAMILY IN MY SUITCASE is based on actual events in the family history of the acclaimed Armenian actress and director Narine Grigoryan. Already in 2014, she thrilled the audience in Kiel with her performance DZIN. A POEM, for which she was awarded the prize of the festival directors. One of her movie roles was Yeva, a young woman who escapes her influential in-laws with her daughter after her husband’s tragic death in YEVA, the Armenian entry for the best foreign-language film at the Academy Awards in 2018.