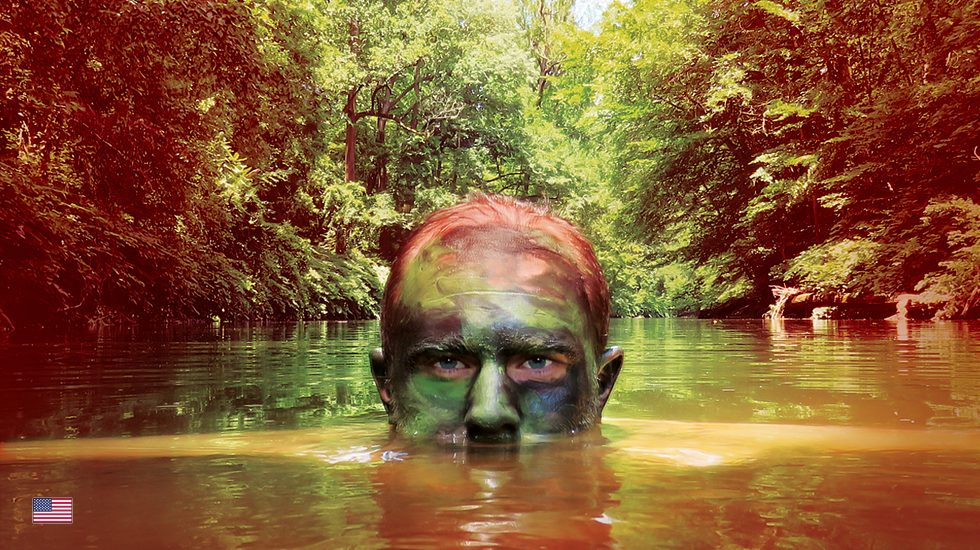 Written and performed by CHRIS DAVIS

Chris Davis re-creates some of the most famous scenes from the iconic film Apocalypse Now. This both hilarious and dark adaptation of the movie is set in an industrial warehouse, where Davis explores the heart of darkness through movement, sound, dance, comedy, drama, lunacy and philosophy.

The show begins just like the movie: Davis, in Martin Sheen’s role, lies on a mattress while The Doors’ haunting “The End” sets the mood. For the first couple of minutes, it’s just like watching the film – Davis’ movements are accurate reproductions of the opening scene of the movie. He mimes looking out through the blinds and seeing the city; he lip syncs the first lines of the show while Martin Sheen’s voice laments, “Saigon… shit. I’m still only in Saigon.” But the movie merely provides a framework for an even more evocative – and comedic – experience. Davis portrays several roles, intertwining relevant autobiographical stories into the scenes adapted from Apocalypse Now.

Chris Davis is actor and writer from Philadelphia. His solo-shows have toured throughout the United States and Europe.