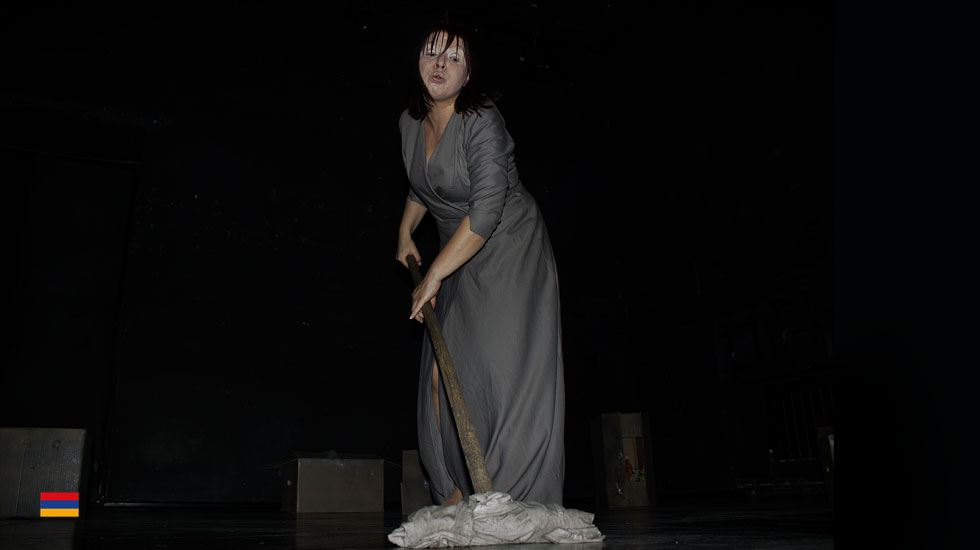 one out of may / one among all

There once was a woman – one out of many… She was wise, educated, well-read, was fond of Shakespeare and fascinated by Gioconda’s mysterious smile. The difference between her and other women of her age was not only that she was not married at the age of 35, but that she was still a virgin. She was considered rather unattractive – people around her hardly ever failed to mention this. Only granny, who adored her granddaughter, called her “my dreamboat.” Ironically, the girl’s name was Siroun, which in Armenian means “beautiful”.

Siroun loved literature, the arts, longed for stage, but sensed that her dreams would never come true. Alone at home, she kept imagining herself as a famous singer, a star, but from the deepest corner of her soul one song could be heard: “All girls are married, only I am alone…”

After Siroun, the One Out of Many, finally meets a man and gets married, her life takes several dramatic turns…

In Cooperation with the Monodrama Festival ARMMONO in Yerevan.