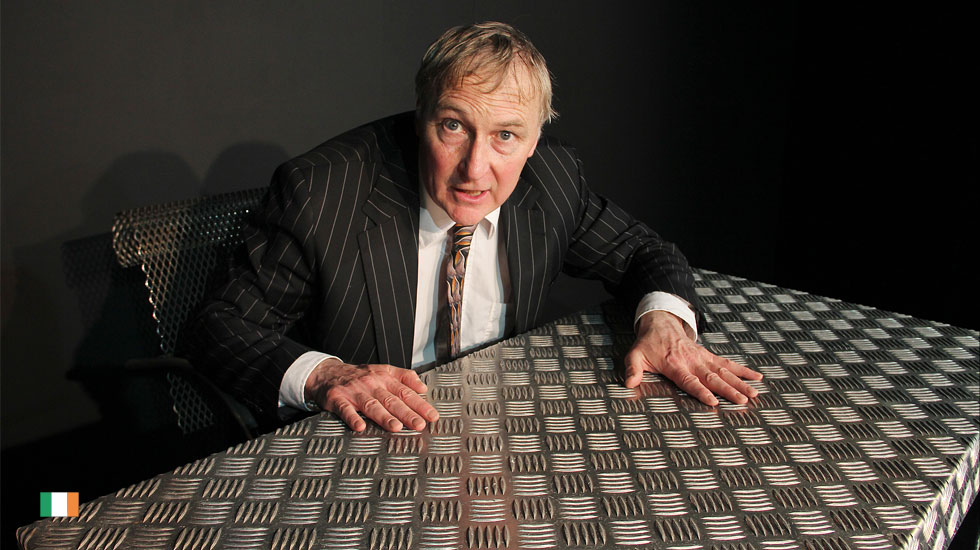 Written and performed by  DONAL O`KELLY

Ambrose Keogh works for the Shell Corrib gas project in Ireland. When the Tunnel Boring Machine he named Fionnuala sinks into the bog in Mayo, he is magically confronted in a fairy ring by Fionnuala, the swan-woman from the ancient Irish legend, The Children of Lir. Fionnuala puts a geas (spell) on him – he’s bound to tell the truth about mysterious attacks on opponents of the gas project. During his ordeal, Ambrose comes face to face with his school classmate Malachy, and echoes from the past resound.

Donal O’Kelly is a writer, actor and director; he has written twenty-two professionally-produced plays.

Fionnuala won a Scotsman Fringe First award in Edinburgh, and was nominated for the Amnesty International Edinburgh Festival Freedom of Expression award and The Stage award for Best Solo Performance. It has been performed all over Ireland, and in Scotland, Norway, Switzerland and the U.S.

“ ‘Fionnuala’ is pointedly political, cuttingly contemporary, yet rooted deeply in Irish mythology. It is serious, intense, dramatic, yet funny and irreverent … a masterpiece of modern theatre”
Three Weeks Edinburgh