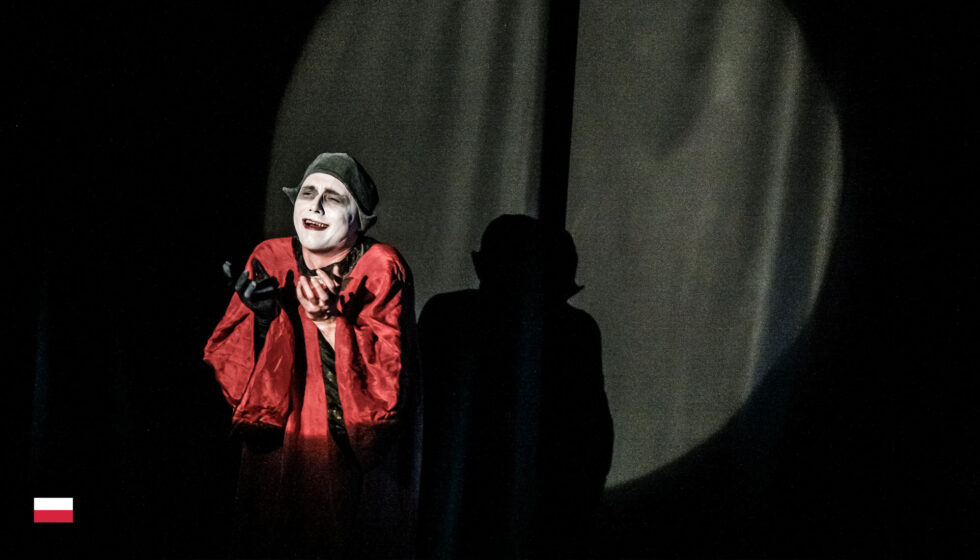 Upstage left – a bowl of hot water. Upstage right – two chairs. Center stage – a tall young man who claims he is not an actor. No, ladies and gentlemen, he is only here to tell you the story of the life and tragic death of Adrian Leverkuhn, a musical genius, may he rest in peace, and his mysterious meeting with the Devil. Let him introduce himself… Serenus Zeitblomm, at your service.
Thus begins an enthralling one-man performance inspired by Thomas Mann’s Doctor Faustus and adapted and performed by Marcin Bortkiewicz. Aided by Stanislaw Miedziewski’s ingenuous direction, Bortkiewicz successfully engages audience with his tale, often making an eye contact and playing up to audience’s expectations. By the time the Devil appears on the stage, you will be ready to eat from his hand. As for “Serenus Zeitblomm”, well… he is a rogue and a very talented one too.

His performance won Bortkiewicz several national theatre awards and superb critics at the Prague Open Mozart Festival and the Edinburgh Festival. Bortkiewicz was already at THESPIS in 2003. He is also successful as a film director and screenwriter (WALPURGISNACHT, 2015)