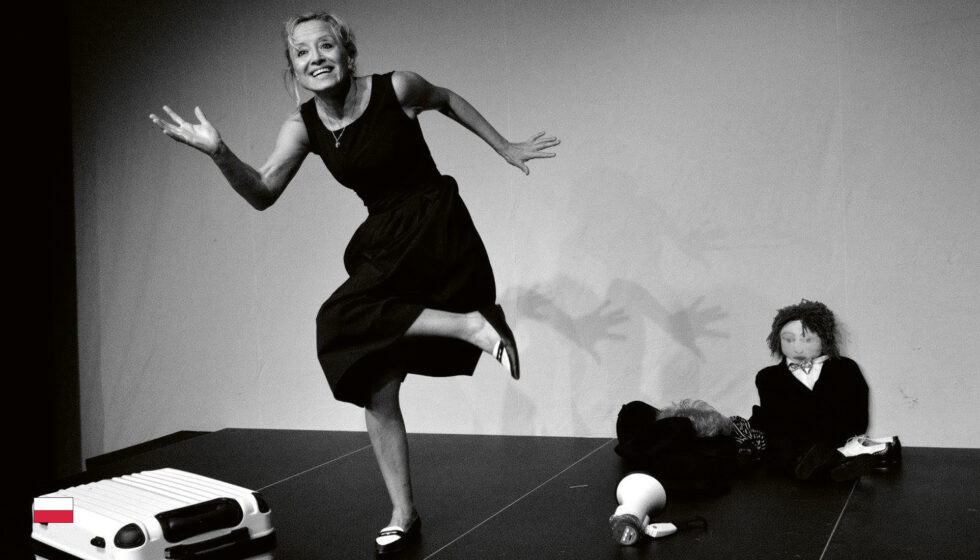 Acclaimed actress Giulietta Masina reminisces about her life with master director Federico Fellini. The story includes fragments of her famous film roles. It is filled with emotion, pain, anger, and mixed feelings toward FeFe. A bulky suitcase, full of characteristic film props (a clown’s nose, a bowler hat, a trumpet) remains on stage throughout the show. During her narrative, Bogdanska takes the items out of the suitcase to mark chapters of Masina’s life. They stand for the hidden baggage of her life at the side of a self-absorbed husband, for whom she was willing to sacrifice everything. Did he ever notice, was it worth it?

Malgorzata Bogdanska is a film and theatre actress. Together with her husband, Marek Koterski, she created The Theater in a Suitcase.

Marek Koterski is a film and theater director, play- and screenwriter. He made several existential comedies, including the 2002 cult movie „Day of the Wacko”.