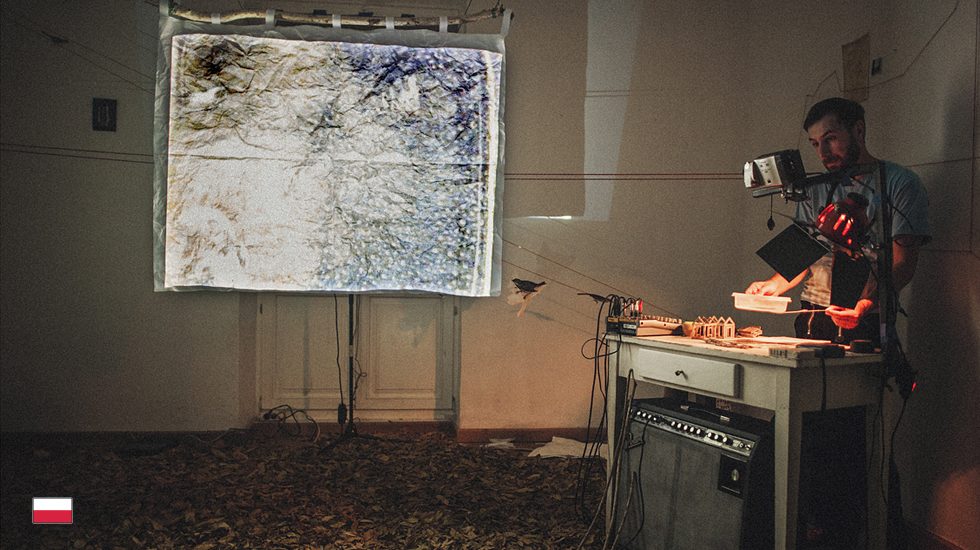 Walden is a pond in the middle of a forest where Henry David Thoreau built his cabin, in which he lived alone for two years (1845-1847). It is also the title of his book describing this experience – the text is a reflection upon simple living in natural surroundings. Walden symbolizes a place of seclusion and escape from overwhelming reality, a place where one can think in peace and test a new model of life.
The show is based on the book, but it also refers to Thoreau’s essay Civil Disobedience. Although inspired by the convention of the nineteenth-century box theatre, it operates with modern means crossing the borders of theater, sound and visual arts.

Ludomir Franczak is a multidisciplinary artist working with visual arts, performance and theatre. His works were presented internationally in galleries, public spaces, and at festivals. Franczak is interested in correlation between memory and identity. He creates complex projects, using visual arts and history or literature. He is also cultural activist and works as curator and writer.

In cooperation with Literaturhaus Schleswig-Holstein

* This show is not part of the competition.