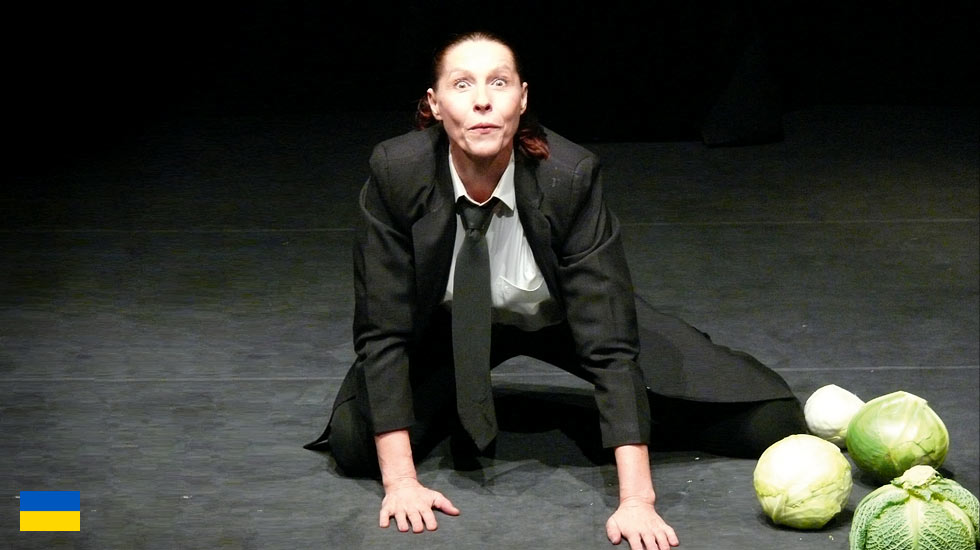 Written and performed by LIDYA DANYLCHUK based on W. SHAKESPEARE

“Richard After Richard” begins when Shakespeare’s “Richard III” ends. Maybe this is the last night of the tyrannical king before his final battle. Or perhaps he is going to be punished? The performance uses the key concepts and phrases from the original tragedy and concentrates on Richard III as the hero of the monodrama, leaving the plot aside.

Lidya Danylchuk and Irina Volytska founded their experimental “Theatre-in-a Basket” in Lviv in 1997. It presents modern adaptations of classical works and aims at integration of the text, movement, and voice. Teatr v Koshyku participated in many international theatre festivals and won several awards. It was also at THESPIS in 2006 with “The Dream”.