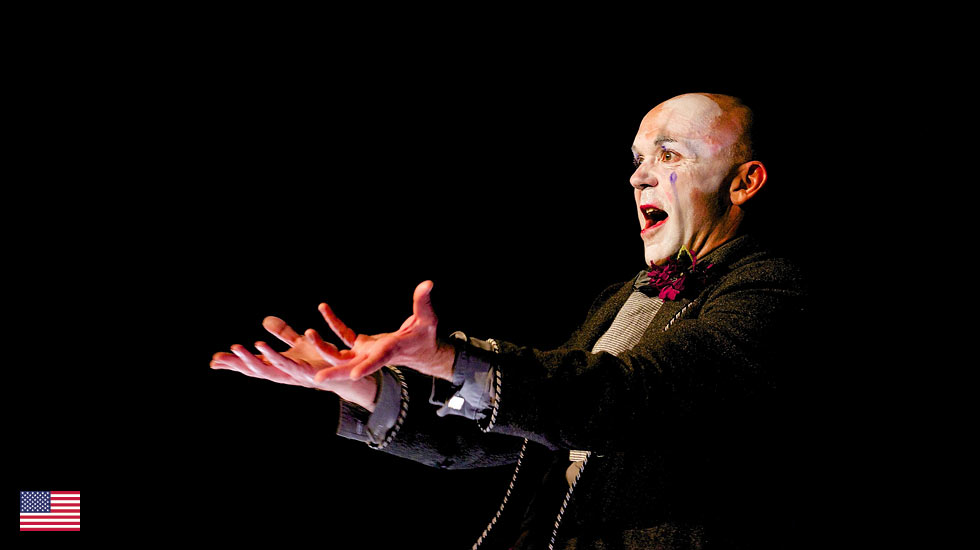 Written and performed by  BREMNER DUTHIE

It’s 1933 in Berlin – in the ruins of a ravaged theatre, The Master of Ceremonies tumbles onto a stage ripped apart by violence. His friends and colleagues were beaten and arrested by the authorities. Only their shattered props and costumes remain. He intends to give up and vanish into the night. But an audience has slipped through the broken door. They wait, partly in solidarity, partly voyeurs, hoping for a spectacle. Inspired, the man pays homage to his fallen friends, performing each of their acts – the sexual play of the showgirl, the revolutionary humor of the comedian, the movement of the light footed dancer.

“’33, A Kabarett” is based on the fate of the Eldorado Club in Berlin. The Eldorado featured regular performances by the likes of Marlene Dietrich, Claire Waldoff and the Weintraub Syncopators. When Herman Goering ordered the closure of the Berlin Kabaretts the Eldorado was raided and closed down. The Club was then taken over by the Nazis and used as a local headquarter.

Bremner Duthie has performed in every type of ‘singing theater’. In his career he has sung operatic roles, been the artistic director of contemporary music theater company, performed in musical theater and worked at Disneyland. Now he performs mostly in the intimate performance space of Cabaret and in Jazz clubs, and tours the world with his award winning one-man musical theatre shows.