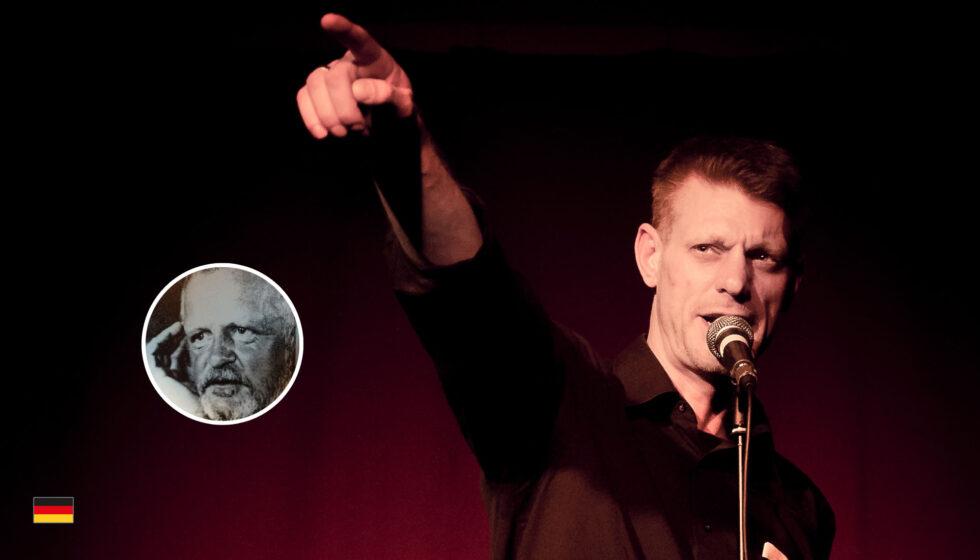 Björn Högsdal is the forerunner of the poetry slam movement in Schleswig-Holstein, has received numerous awards and is still ruthlessly critical in his everyday views. He lives as an author and cultural organizer in Kiel and is the winner of various literary competitions and countless poetry slams in Germany, Austria and Switzerland, and a finalist of the German-language poetry slam championships.

Esther Heißenbüttel has been part of the THESPIS staff for many years. It’s the first time that she will read in front of an audience from the extensive work of her father Helmut Heißenbüttel, who died in 1996, and whose 100th birthday anniversary was in June 2021. Helmut Heißenbüttel received the Georg Büchner Prize (1969), the War Blinded Audio Play Prize (1971), the Culture Award of thestate of Schleswig-Holstein (1990) and the Austrian Award for European literature (1990).

In cooperation with assemble ART

With the kind support of Literaturhaus Schleswig-Holstein