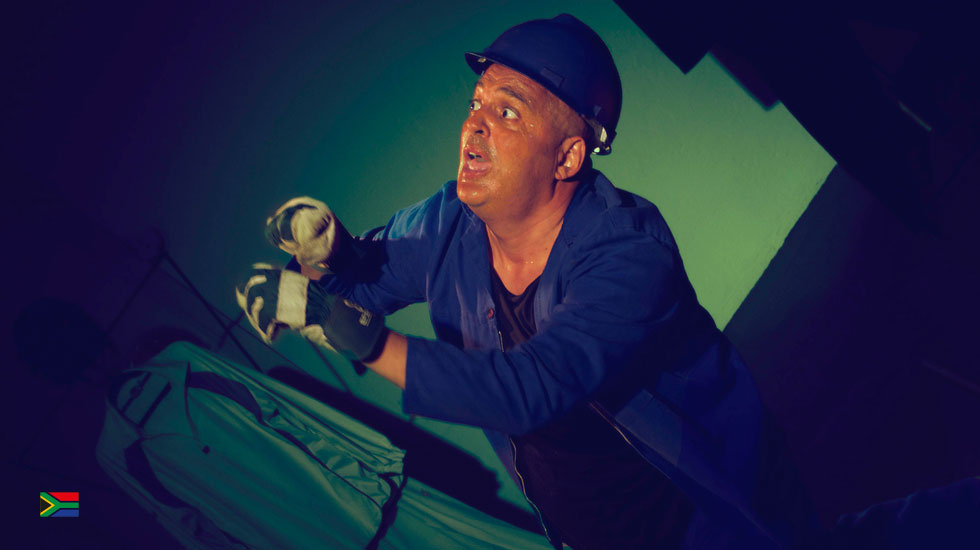 In FOR GENERATIONS, first launched in 2008, Egelhof investigates the male lineage of his family and takes the audience on a powerful and moving journey through four generations. He traces the life of his grandfather, Sonny, the self-employed jazz musician and Basil, his father, who worked at Durban’s whaling station. He also shares his own poignant milestones before exploring the position of his son Aston, who, at fifteen, is part of the post-apartheid generation learning about his country’s shameful history at school.

Egelhof depicts what life was like for his grandfather and father; he takes a brutally honest look at his own experiences, and he engages with his son’s dreams. Eventually he discovers what he must do: salvation lies in acknowledging his Xhosa grandmother, in speaking out against the denial of dignity and in calling for truth and accountability regarding the past. He must break the silence and push back; he mustn’t acquiesce.

FOR GENERATIONS is about a man getting clarity about who he is by understanding his background – the turns and twists his forefathers were forced to take in a land dominated and distorted by apartheid. Kurt’s family story is both uniquely South African and universal; it is about the legacy we leave for our children’s children and for generations to come.

Kurt Egelhof started his professional career as a drama-trained actor in 1981. He has worked in film, theatre and television as producer and director.

In cooperation with Heinrich –Böll- Foundation Schleswig-Holstein and Kunstverein 8, Atelierhaus in Anscharpark

This show is not part of the festival competition