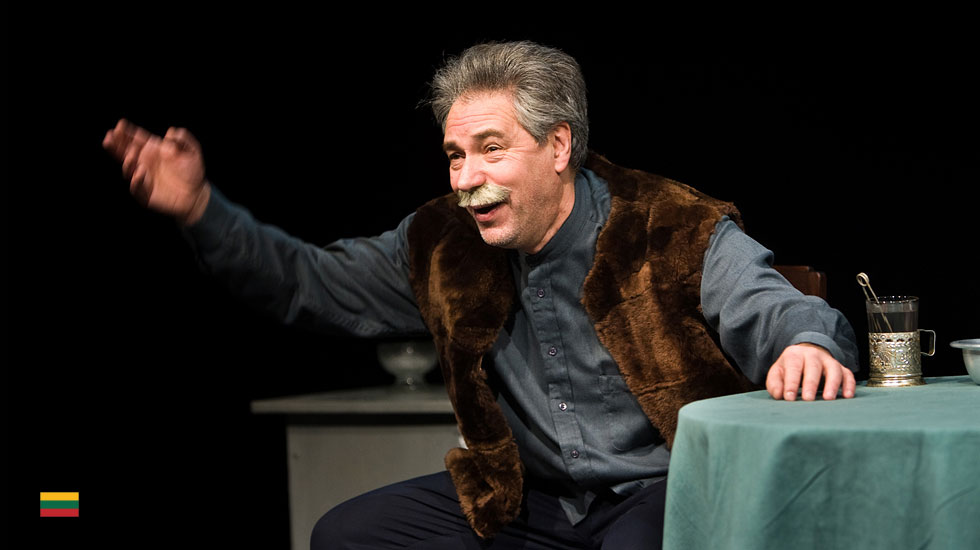 Fudzi, who considers himself Stalin’s comrade and friend, tells us the story of Koba. “Koba” is Joseph Stalin’s revolutionary nickname. For many years, Fudzi and Koba shared their last crumb of bread with each other, until they were finally able to share a common joy – the victory of the revolution. They loved, cherished and respected each other. However, love and devotion of his comrades were not enough for Stalin, whose intention was to rule people’s hearts and minds. Koba, the revolutionist gradually turned to Stalin, the dictator. Everyone knows what happened next. Koba‘s enemies kept disappearing, but soon also nearly all of his friends were gone.

KOBA is a story of friendship, but it also reveals Stalin’s contradictory character and his evil pragmatism. Why did he eliminate not only his enemies, but also his best friends? Maybe because he thought that he couldn’t control them, as they were not afraid of him? KOBA is a storyabout fear that has always been the driving force behind all dictators, tyrants and autocrats and their most despicable crimes.

Aleksandras Rubinovas, a graduate of Moscow Theater Institute, was director at Kaunas Chamber Theater. He has created over 60 roles and 6 solo plays.