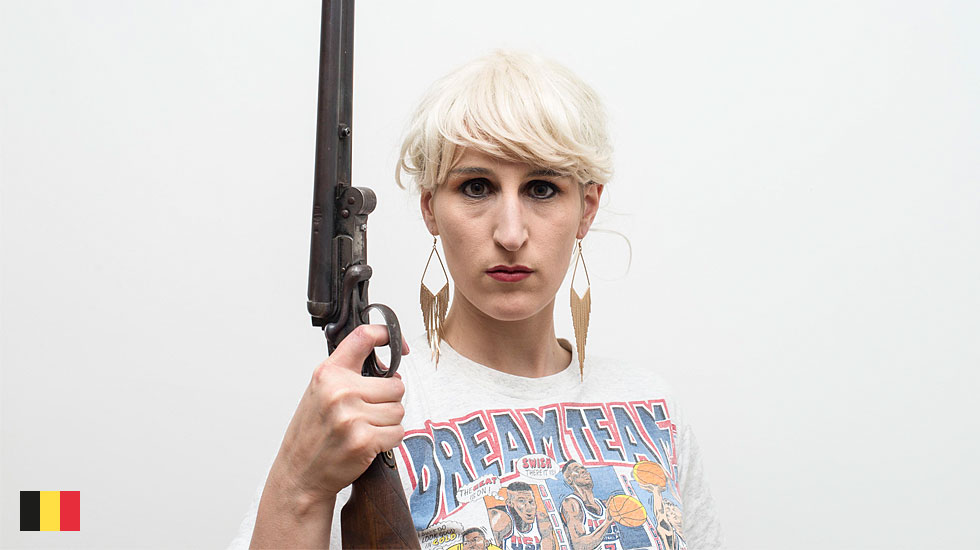 Written and performed by FLORENCE MINDER

“A probl’m? What kind of probl’m?” Standing alone on a bare stage with just a rifle in her hands, totally nervous-and-depressed Swiss actress Florence Minder introduces an “American version of herself” to talk about that moment in life when shit happens. This superficial and explosive mask enables her to approach the subject of mourning without any sadness or psychology. Minder challenges herself and the audience in a radical, sharp and funny performance while unashamedly addressing a serious matter. “Good Mourning” reviews the seven steps of the mourning cycle, as defined by Elisabeth Kübler-Ross: shock, denial, anger, bargaining, depression, test, and acceptance.

Finding that her French version was ill equipped to deal with grief, Minder “introduced the American version”. Liberated by English, Minder is able to be funny about the stages of mourning. She says: “When I found myself in a shitty situation, I started to live in English. I was in need of new words – like the Inuit people have a hundred words for snow. I needed more snows.”

In her show, the actress (born in Switzerland in 1981; currently living in Brussels) does not utter a word in French – thus using the foreign language as a kind of re-construction tool?