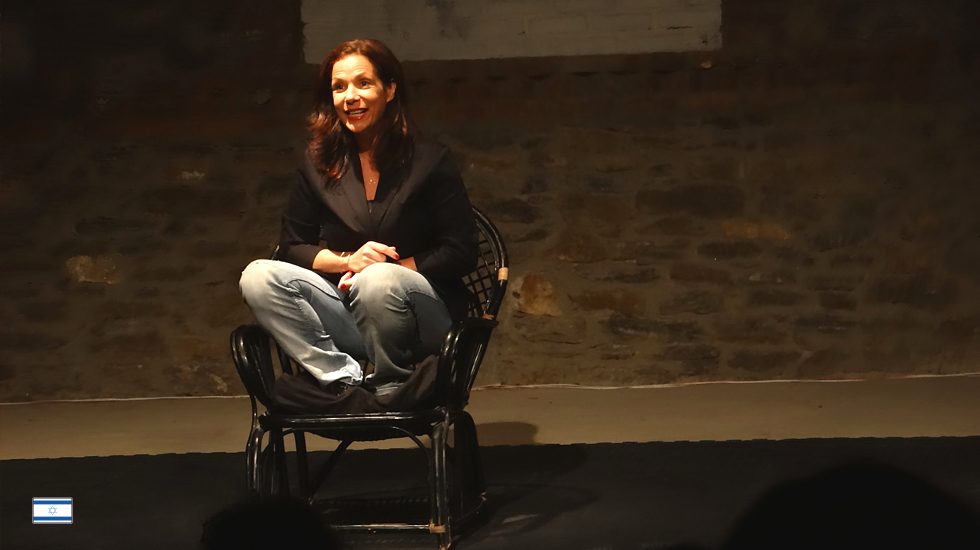 EXODUS FROM EGYPT tells the story of Nurit, a girl from Israel who is ten years old at the outbreak of the Yom Kippur war in 1973. When the war broke out, it was just another workday in Kibbutz. People were in the fields, sweating in the October sun, listening to Elvis, gossiping and going about their everyday business. Nurit’s story begins when a neighbor tells her that her father is missing in action. From that moment on, Nurit is on the search – for her father, for the truth, for comfort.

The show recreates the world of Nurit’s childhood with unsparing precision and honest detail. It conveys not only the heartache of war, but the heartache of everyday life, the distance between people and between our desires – simple as they may appear to be – and their fulfillment.

Zibil received an honorable mention from the Theatronetto Festival In Jaffa in 2010. The judges said: “Zibil expresses an emotional force that takes us back to the shock that Israeli society lived through in the Yom Kippur war and its aftermath. The actresses’ moving performance transforms her personal story to one that is universal”.

Supported by the Israeli Embassy, Berlin