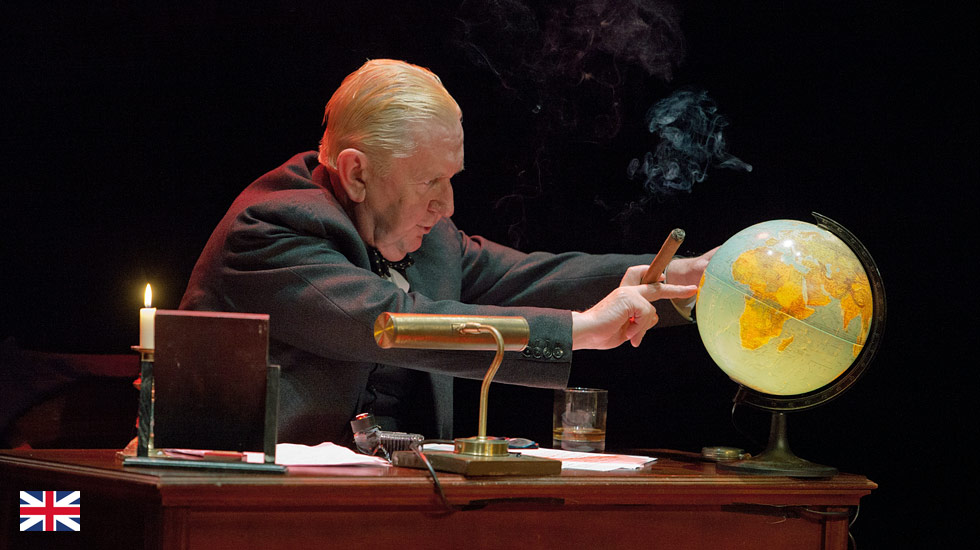 Written and performed by  PIP UTTON

Pip Utton, the British solo-performer par excellence is at THESPIS already for the fourth time. After we saw him as Adolf Hitler and Francis Bacon, and in Jeff Wayne’s Version of „The War of the Worlds“, he comes back to Kiel as Winston Churchill.

The audience will have a chance to spend some time in the entertaining company of the man whose life spanned two centuries and saw the decline of the British Empire. The man who was Prime Minister of Great Britain and Northern Ireland twice, whose paintings were exhibited at the Royal Academy, who won the Nobel prize for Literature in 1953 and was described by Queen Elizabeth as the greatest living Briton; who in 1963 was made the first honorary citizen of the United States and who in 2002 in a BBC poll was voted the Greatest Briton in history.

Big Ben chimes and strikes thirteen; a magical time when once a year for just over an hour the statue of Winston Churchill in Parliament Square, London, England comes alive and descends from his plinth to indulge himself in three of his greatest passions; drinking whisky, smoking cigars and listening to himself talk.

Pip Utton is recognized as one of the world’s leading writers and performers of solo drama. He performed „Churchill” at the Edinburgh Fringe, in the U.S., Holland, Belgium, India, Cyprus and recently in Russia, where he won the audience prize for the best play.

P.S. Mr. Utton’s next project is rumored to be “Margaret Thatcher“ – we look forward to it!