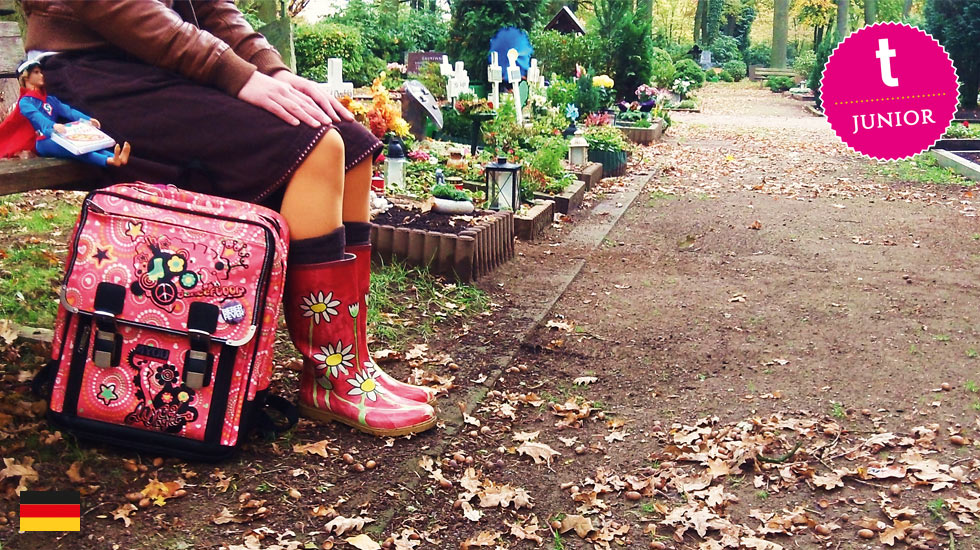 Junior-Event | Recommended for audiences 10 years and over

Last Monday was Jette’s tenth birthday. Ten. “That is a one with a zero”, says Jette. Her dad says it’s a “double-digit”. A strange feeling, somehow, to be a double-digit, thinks Jette. However, “there are even people who are triple-digit. A hundred years old. And even more! Like those giant tortoises at the zoo.“ Jette’s brother Emil only lived to be six. That’s just single-digit.

Jette tells us what it was like when Emil fell ill and then suddenly wasn’t there anymore. She remembers the times before that, happy family holidays, the usual teasing between siblings and all the questions she asked her parents to which they never had an answer. Can blind worms sneeze? Why is the sun so hot? And what is “dying”? What happens to us when we are “dead”? Is death really the “big brother of sleep”? And anyway, do fish sleep too? And will the angry black clouds that Jette has been painting for a year lighten up one day? Do they have to?

Jens Raschke, playwright, director and member of the THESPIS management team wrote a play about one of the last taboo subjects of our day – a child experiencing and coming to terms with death. “Do Fish Sleep?” received the grand prix at the Mühlheim “KinderStücke” Festival in 2012, and was presented in Mexico this year. The play addresses children and adults, siblings and parents, pupils and teachers. It is not about answers, but about the way we deal with life’s small, great and ultimate questions.