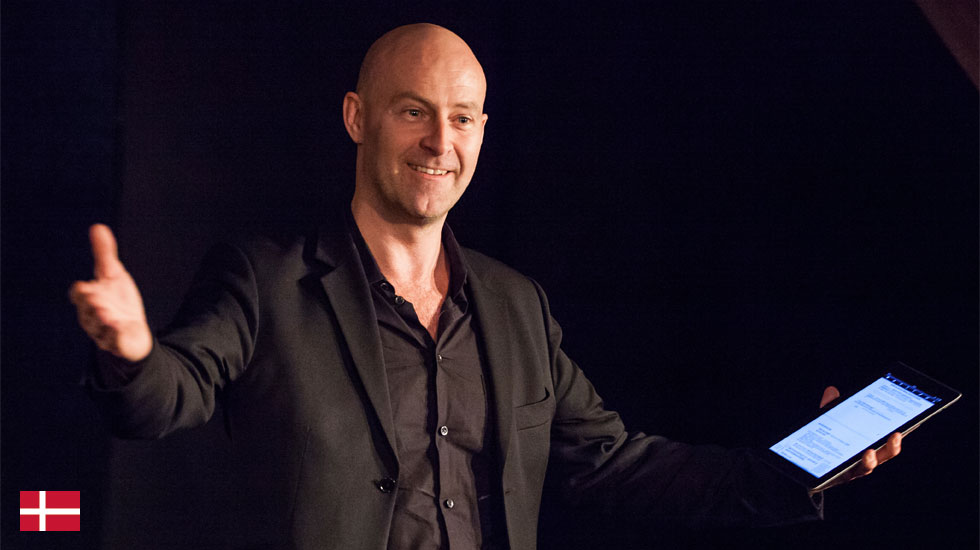 Written and performed by  CLAUS DAMGAARD

In his deadly serious comedy show, Claus Damgaard gives a theatrical experience of how the timeless ideas of Kierkegaard can be used today. “With woman, fun came into the world”, Kierkegaard once said, and now Damgaard gives us his very own experience of what exactly is so extremely funny. This show is comedy, lecture and theatre in one and can be equally enjoyed by a Kierkegaard-scholar and by an absolute Kierkegaard-beginner.

As Professor Gordon Marino, Director of the Hong Kierkegaard Library at the St. Olaf College in the USA has put it: „Kierkegaard taught us that humor is no joke and Claus Damgaard’s “Kierkegaard Comedy Show” proves the master’s point. It is supremely entertaining and, at the same time, one of the most profound interpretations of Kierkegaard’s thought that I have ever encountered“.

Damgaard received his actor’s training at The London Academy of Music and Dramatic Art. He appeared in several Danish films and television-series (“Borgen”) and also made a one-man-adaption of Dostoevsky’s “The Idiot”. Since 2001, he has dedicated his professional life to making the words of Søren Kierkegaard (1813-1855) more vividly accessible to present-day audiences and toured half the world with his „Kierkegaard Comedy Show“.