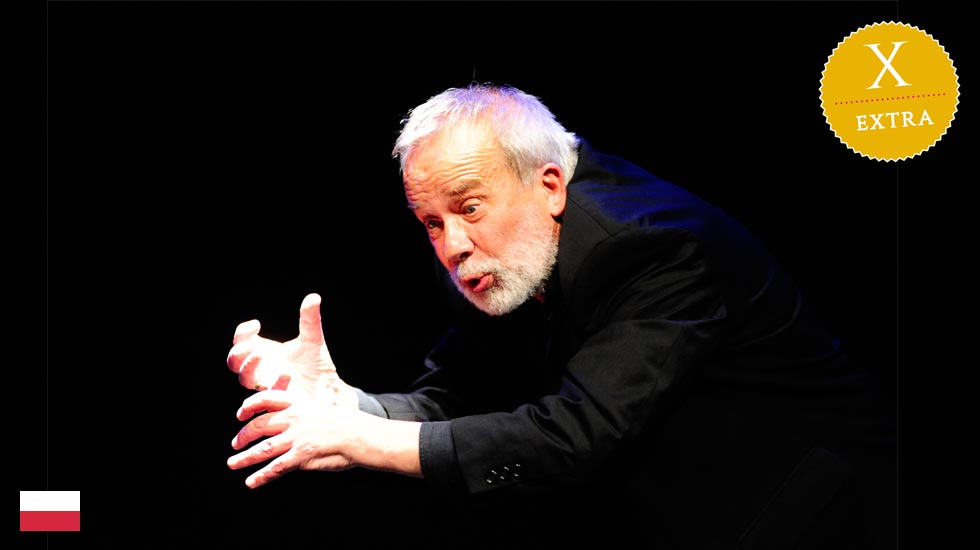 Adam Mickiewicz (1798 – 1855) was a Polish poet, dramatist, essayist, publicist, translator, professor of Slavic literature, and political activist. Widely regarded as Poland’s greatest poet and a leading Romantic dramatist, he has been compared in Poland and Europe to Byron and Goethe.

Bogusław Kierc is a person of many talents: writer, director, playwright, professor at the School of Drama, literary critic, essayist, and last but not least film and theater actor who has also worked with the Polish legendary director Andrzej Wajda. He has done many solo performances, but his “specialty” are the stage adaptations of poems by Adam Mickiewicz. Making poetry work as theatre is not without its difficulties. Theatre needs oxygenation: movement, energy, argument. It takes brilliance and effort to bring a poem to life. And, of course, it needs to be visual. The secret of Kierc’s success is his very ascetic and unorthodox style of setting the poems of Adam Mickiewicz in scene.

“My Corpse” which had its premiere in 2008 is a brilliantly acted, modern, lively, spirited and unconventional theater event, an epic dream story about life and death. The show is with no music, with hardly any light, and a walking stick and a glass of water as the only props. And yet – Kierc makes the poem come alive in the flesh. “In the beginning was the Word…”.