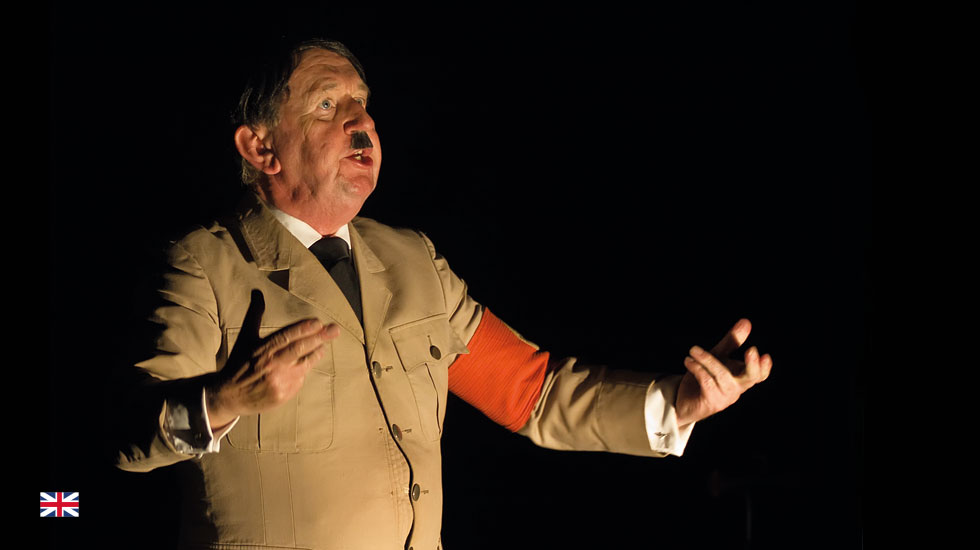 Written and performed by PIP UTTON

Pip Utton was Adolf at Thespis in 2003. Now – after 13 years – he comes back with this show.   His Adolf is not a harmless Hitler- parody or a moral history lesson. Pip Utton’s amazing play takes his audience on a journey into themselves, gently coaxing an understanding of the mindset of a nation that could allow a man such as Hitler to take control.

What made Adolf Hitler so compulsive? How could any cultured person follow him to destruction, desolation and genocide to leave a long deep scar on the 20th century? How do the extremist parties of today command such huge followings all over the world?

The author and actor, Pip Utton has been on the road with his theater against racism since 1998. After touring England, he took “Adolf” to Holland, and then, in 2002 (at first, he avoided Germany for fear of neo-Nazi attacks) finally to Berlin. In the meantime, Adolf (the play) has been shown on almost all continents, and in places, of which Adolf (the person) would not even dare to dream.

* This show is not part of the festival competition