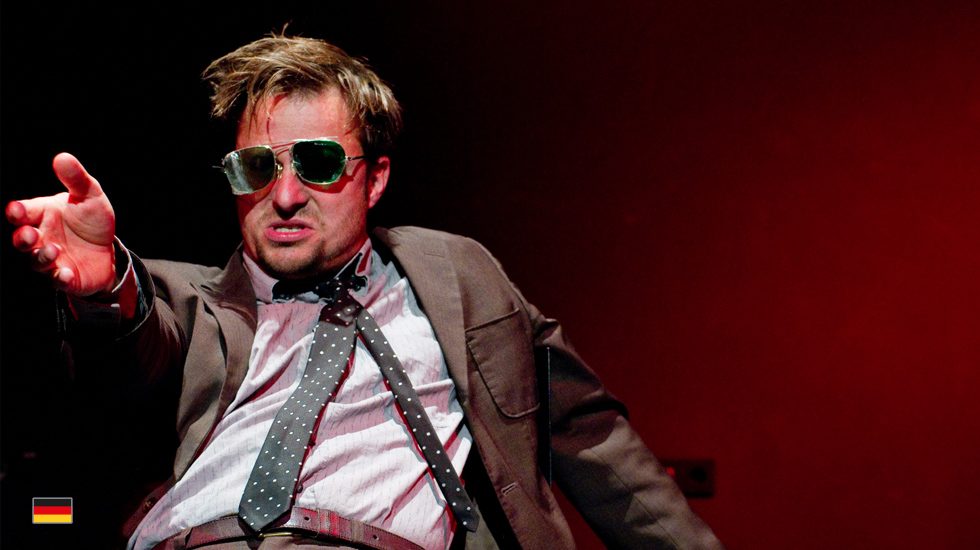 Amerika, also known as THE MAN WHO DISAPPEARED, THE MISSING PERSON and as LOST IN AMERICA, is Kafka’s incomplete first novel, written 1911-1914 and published posthumously in 1927. It originally began as a short story titled The Stoker and incorporates many details of the experiences of Kafka’s relatives who had immigrated to the United States. The story describes the bizarre wanderings of sixteen-year-old European immigrant Karl Rossmann, who was forced to go to New York City to escape the scandal of his seduction by a housemaid.

Phillip Hochmair, an acclaimed actor, known from theatre (Burgtheater Vienna, Thalia Hamburg), film and television comes back to THESPIS after his success with EVERYMAN RELOADED in Kiel in 2016. His breathtaking adaptation of Kafka’s Amerika is his solo masterpiece. He performed it already in unusual venues – like the U.S. Consulate in Hamburg and former Chancellor Helmut Schmidt’s private living room.