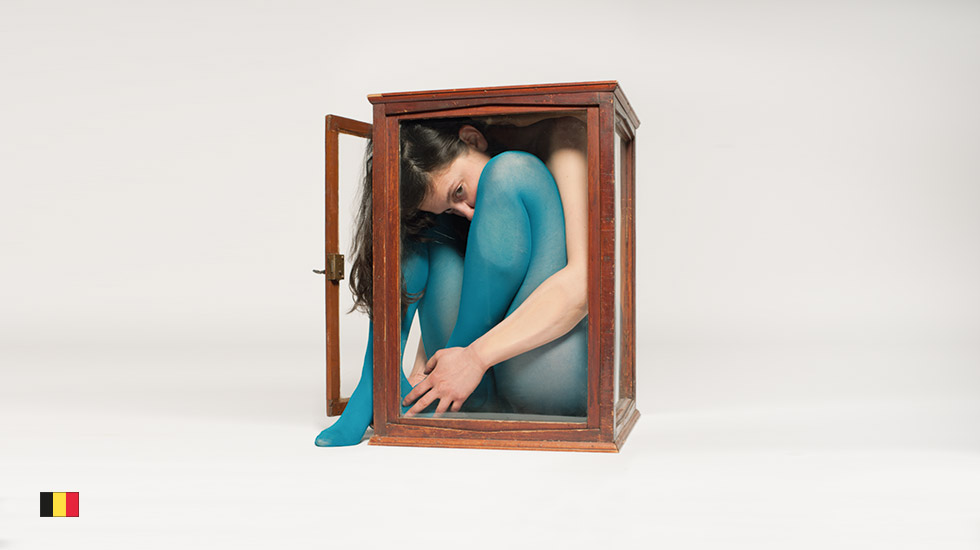 An old-fashioned exhibition space with several showcases and assorted artworks: chainsaw, feathered headdress, a map of the world. On a treadmill, running, wearing a suit and a tie, Kristien de Proost tells us she is “loose-limbed and solidly built”. Behind her a gallery attendant, bored, fiddling with dials, handing over props and, occasionally, upping the speed of the treadmill. She examines herself in minute detail, from the colour of her teeth to the thickness of her toenails, giving an appraisal of both her physical appearance and her personality virtues and flaws. Her statements are short, blunt and inescapably factual. It’s not allowed to touch or feed the exhibit; laughter is permitted.

During her deeply confessional yet distanced monologue about objectivity, objectification and the impossibility of self-knowledge, de Proost never stops running. She seems to hold nothing back – both in terms of what she says and what she does. Her being constantly in motion, running ever onwards yet going nowhere brings to mind an image of a modern human in a hamster wheel.

“ON TRACK is an intriguing and intelligent crossover between theatre and performance art. Wonderful, urgent and beguiling.” **** Broadway Baby