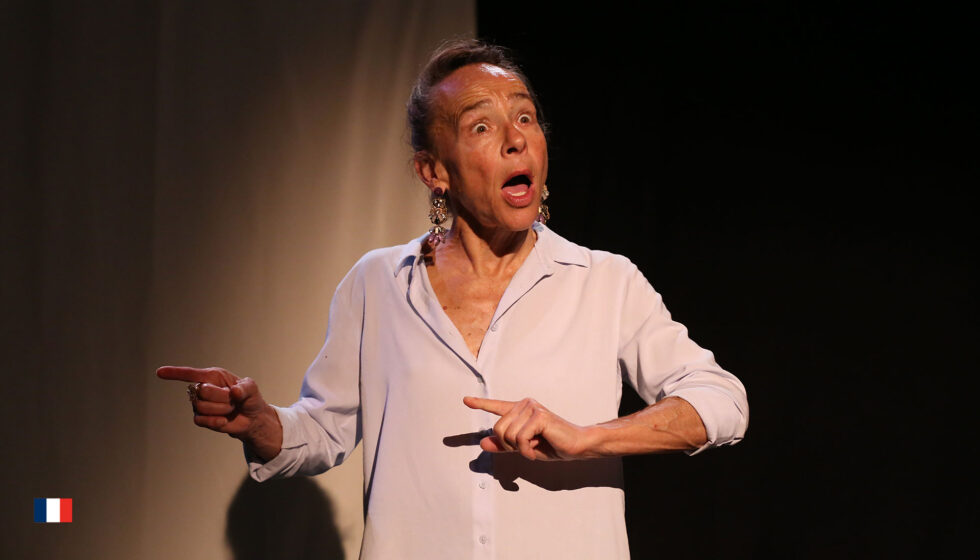 Critics in France have praised the staging of Eric Vuillard’s 2018 Prix Goncourt-winning short story L’ORDRE DU JOUR as a performance of rare intensity. The monologue brought to the stage by Dominique Frot tells grippingly of the Nazis’ seizure of power – from the pact with the greats of German industry to the annexation of Austria (1938).
The focus is on the1933 meeting of heads of major German companies, who agreed to provide financing to the Nazi Party. The steel magnate Gustav Krupp, one of the participants in that meeting, became one of the beneficiaries of the Reich’s massive use of slave labor. Described in farcical detail is also the lavish reception held by British prime minister Neville Chamberlain for the departing German ambassador Joachim von Ribbentrop—on the day German troops were entering Austria.
The worst tragedies of the century are preceded or accompanied by the ludicrous activities of mediocre individuals following their agendas.

The French actress and filmmaker Dominique Frot is a graduate of the National Conservatory of Dramatic Arts in Paris and the Ecole Normal Supérieure de Musique in Paris. She participated in numerous theater and television productions, and was part of the Berlin Schaubühne ensemble for 3 years.

In cooperation and with the support of the Institut Français, Kiel.