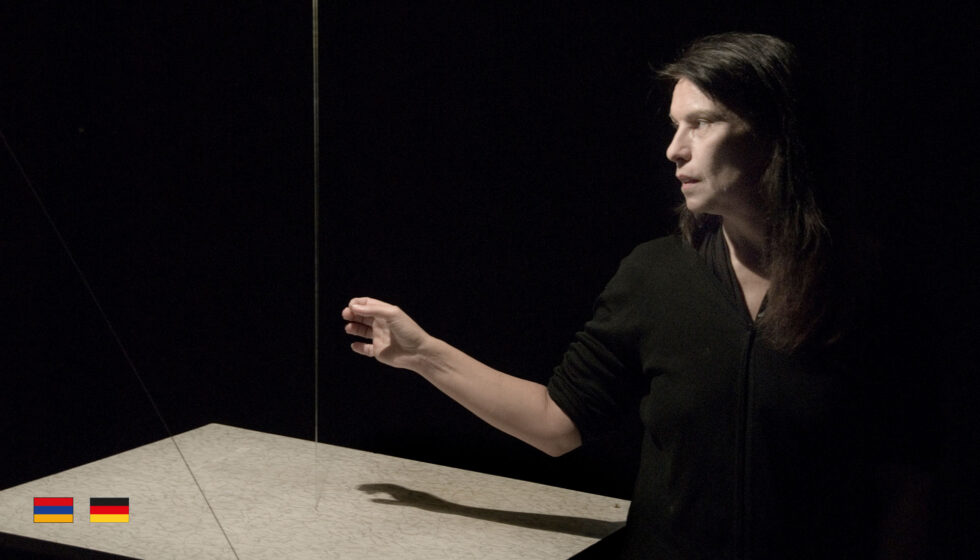 ANNE’S SILENCE tells the story of Sabiha, a Turkish woman who grew up in Germany and who is drawn to Turkish nationalists. After her mother (Turkish: Anne) dies, she discovers an Armenian cross tattooed between her breasts. By living through and expressing her own conflicts, Sabiha can find a way to embrace herself and overcome the cycle of violence and repression, loss of identity and isolation.

ANNE’S SILENCE goes far beyond the question of the Armenian genocide. The piece deals with the consequences of its suppression and the possibilities of finding one’s identity in subsequent generations – whether in Turkey or anywhere else, or after similar experiences of violence worldwide.

Doğan Akhanlı’s monodrama is a German-Turkish-Armenian joint project and was premiered in Berlin and Cologne. Other performances were in Hamburg, Stuttgart, Bochum as well as in Armenia 2013, Istanbul 2015 and Izmir 2006.

The actress and initiator of the project Bea Ehlers-Kherbekian has been one of the festival’s closest friends since the first THESPIS in 1999. Coming to terms with the Armenian past is a recurring theme in her theater work.