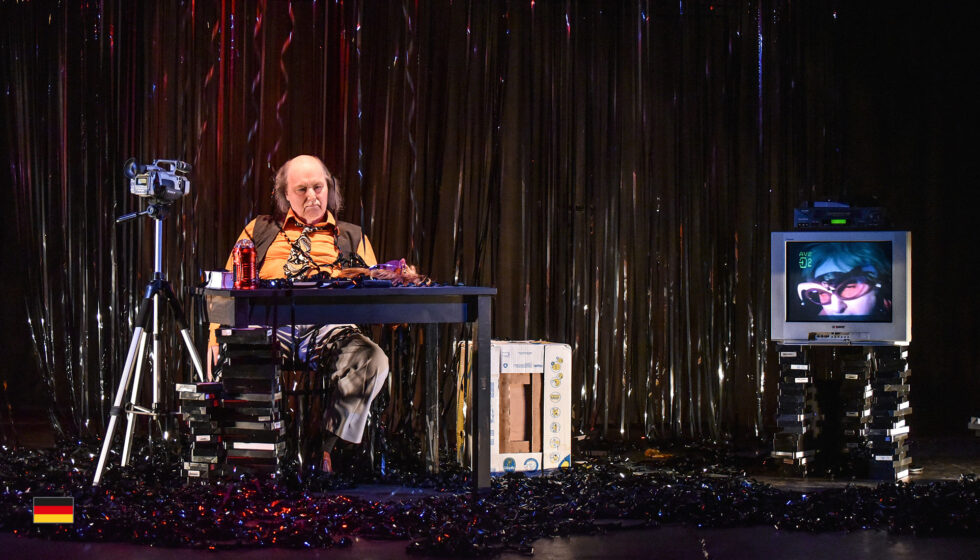 by SAMUEL BECKETT
with MARKUS DENTLER

A tour-de-force for one man, KRAPP’S LAST TAPE is the most affectionate portrait of a character that Beckett has ever done: an aging man who lives a lonely and shabby existence in a darkened room. At year’s end, he takes out a bottle of wine, a banana and his tape recorder, and he listens as his own voice from the past recounts the glories and hopes of his youth.

At times, he laughs at himself. He keeps rewinding the tape recorded on his 39th birthday – to recapitulate a happy moment, a love affair?

Irish writer and Nobel Prize winner Samuel Beckett (1906-1989) is one of the most influential playwrights of the 20th century. Besides WAITING FOR GODOT, ENDGAME and HAPPY DAYS, KRAPP’s LAST TAPE (premiered in 1958 in London), is his most played theater performance, and at the same time a milestone in the history of monodrama.