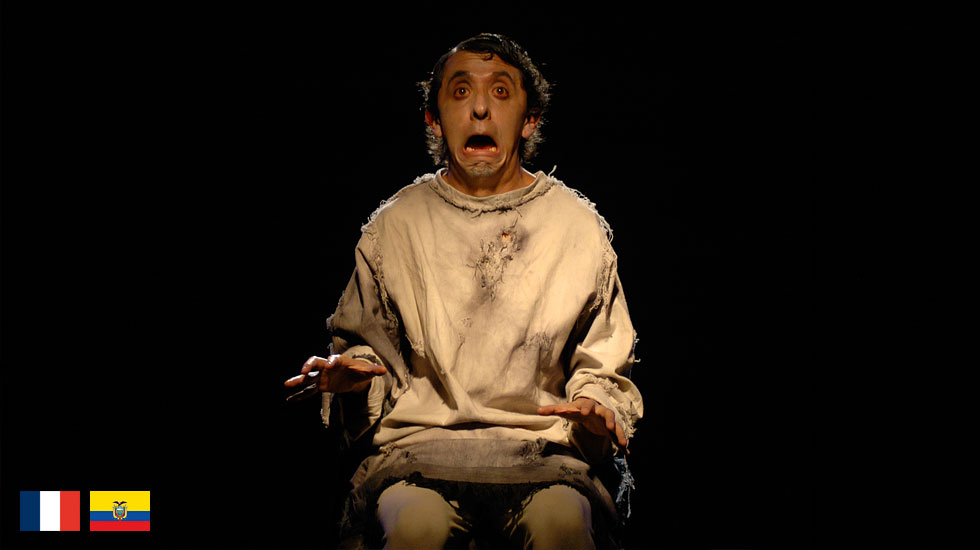 Written and performed by  CARLOS GALLEGOS

Alfonsito wakes up in the morning with the urge to buy one or two bread rolls. Yet this seemingly simple task is quite complicated to accomplish. It will take Alfonsito some time to collect all his courage to overcome his fear of leaving the house. And then, once outside, he will have to pretend to be as normal as other people. Eventually, as he hurries along the deserted street, he will have to make an effort to ignore the jokes of his friends and the melancholy of the street sweepers, and most of all, avoid the encounter with that blabbermouth Magalita. Will Alfonsito manage to get his bread rolls at all?

The Ecuadorian director, writer and actor Carlos Gallegos, founded Teatro de la vuelta in 2002. He lives and works in France since 2013. “Quartier Kaléidoscope” had its premiere in 2010 and has won several awards.

The subtitles from a translation by Roberto Cavazos have kindly been offered by CASA Latin American Theatre Festival.

Supported by Institut Français, Kiel and the Consulate of Ecuador.
Frankreich France Ecuador