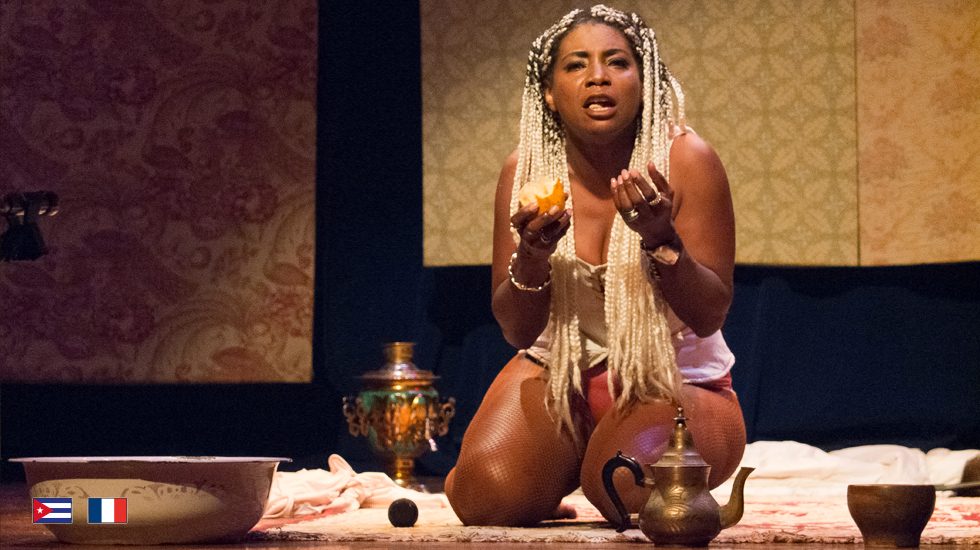 tears do not make noise when falling

Osiris, an Afro-Cuban woman from San Pedrito in eastern Cuba, follows her lover, Alexander Petrovich to Lithuania – she wants to escape poverty and the unbearable heat. In Lithuania, she suffers, feels strange and misplaced, and starts dreaming of travelling to Miami. In her dreams, she sees the ghost of a popular Cuban-born singer La Lupe, who made a career in the U.S. in the 1960s and 1970s, and then died impoverished in the Bronx in 1992, at the age of 52.  In the tragic life of La Lupe, Osiris recognizes parallels to her own life.

The show is a musical drama – Duany performs, sings and dances. Between boleros and ballads, she speaks about emigration and a black woman’s life in a distant, foreign land so different from her home. She fears her husband who does not understand her.

Duany, a versatile actress performed LAS LÁGRIMAS NO HACEN RUIDO AL CAER with a great success in her home country.