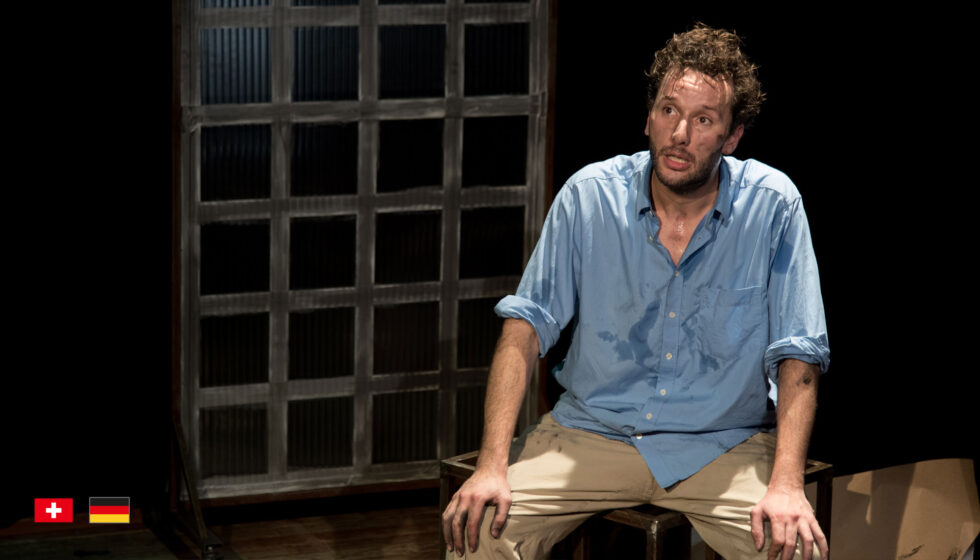 by Mario Perrotta
with Marco Michel

Marco impersonates the Swiss-Italian painter Antonio Ligabue, one of the most important Naïve artists of the 20th century. Ligabue grew up with foster parents and was deported to Italy at the age of 19. Ridiculed as a village idiot and celebrated as an artist only very late, Ligabue was driven by incredible creativity.

In the play, Marco Michel immerses himself in Ligabue’s past. He paints large-format portraits with which he interacts. In this way, the charcoal drawings become his conversation partners. The audience, witnessing the dialogue, gains insight into the life of a misunderstood person.

By making the topics of exclusion, madness and isolation directly tangible, A KISS contributes to the destigmatization of mentally ill people and stands for cross-cultural, -religious and -social understanding.

The German premiere of A KISS was in 2014 at the Psychiatric Clinic of Pfäfers (Switzerland), where Antonio Ligabue was once a patient himself. Marco Michel works as a freelance actor for theatre, film and TV. In 2017, he worked with legendary director Robert Wilson in Berlin. In 2018, he performed A KISS at UNITED SOLO, the world’s biggest solo show festival in New York where he received an award for the „Best International One Man-Show“.

With the kind support of pro Helvetia